Navy Lt. James Mazzuchelli, a flight surgeon for a Marine Light Attack Helicopter Squadron, lived to help others and now, even... 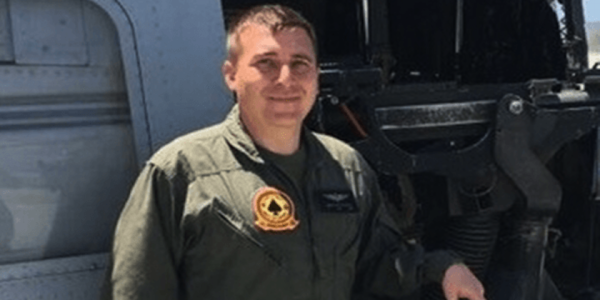 Navy Lt. James Mazzuchelli, a flight surgeon for a Marine Light Attack Helicopter Squadron, lived to help others and now, even in death, continues his mission of service, his family said.

“It was the darkest day for us,” David Cheers, Mazzuchelli’s stepfather, said of the final organ donation surgery. “But we also knew there were four or five people who had been waiting for organ donations. While one family had a rough day, there were others who had the brightest days of their lives.”

The surgery at Scripps La Jolla Medical Facility was a last time for Mazzuchelli’s family – John and Trina Mazzuchelli and David and Christine Spears – to say goodbye to the 32-year-old who died early Saturday, Feb. 24, after the tail rotor of a helicopter struck him on Feb. 21 while on the flight line at Marine Corps Air Station Camp Pendleton.

The accident remains under investigation by military officials.

Dedication to medicine and Marines

For the last three years, Mazzuchelli, of Orange Park, Fla., was known as “Doc Mazz.” His job was the day-to-day care of his squadron, the Stingers.

Mazzuchelli immersed himself in his squadron, Cheers said. He loved their camaraderie, it became a second family for him.

He had just completed training as an Aircrewman, which meant he wasn’t just a passenger on the chopper, he could serve as a spotter, a door gunner and a maintenance person, Cheers said. It also meant he could treat patients in the air or on the ground.

“This is what he wanted to do,” Cheer said. “He didn’t just want to be a doctor.”

Growing up with the Navy

Mazzuchelli’s father, John, served as a chief petty officer in the Navy for 24 years; his step-mother, Trina Mazzuchelli, served in the same rank for 22 years.

While his parents didn’t put pressure on him to serve, Mazzuchelli participated in the NAVY ROTC in high school. After graduation, he attended Drexel University for a business degree. Just as he was completing his studies, he decided he wasn’t corporate and would rather join the Navy and become a doctor, Cheers said.

“James had two loves; one was science and one was flying,” Cheers said. “Being a flight surgeon, he found a way to put it together.”

In 2010, he was commissioned in the Navy and sent to medical school. He did his internship at Naval Hospital Camp Pendleton. There he embraced the California lifestyle of living by the beach in Oceanside and surfing when he wasn’t working.

“He loved the beach vibe and the taco trucks,” Cheers said.

Mazzuchelli earned his Naval Flight Surgeon Wings in 2015 and his Aircrewman Wings two months ago. In the latter, he asked that his father’s original set be pinned on him.

“That meant the world to me,” John Mazzuchelli said. “I am so proud of who he was and what he was doing. To know he wanted to have that piece of me with him was amazing.”

Mazzuchelli’s connection with his squadron and others whose lives he touched was obvious to the family when they arrived in California 10 hours after getting news of the accident.

“The squadron has been by our side from the moment we landed,” Cheers said. “That outpouring of support shows who James was. He never knew a stranger.”

For both sets of parents and his two step-sisters, April and Ashland Cheers, there is comfort that Mazzuchelli will live on.

“James told us he wanted to be an organ donor,” Cheers said. “He donated his heart, kidneys and liver. We know that James lives in other people now. If you give someone a heart, it changes their lives forever and maybe they get to have children. Maybe in two generations, they discover a cancer cure. They wouldn’t be alive today if James hadn’t donated his heart.”

“A Navy chaplain told us, ‘James lived his life on purpose.'”