MCCAIN: F-35 Purchases Must Be Reduced To Match Budget Realities

The Senate Armed Services Committee said Oct. 20 that the United States may have to purchase fewer F-35 joint strike... 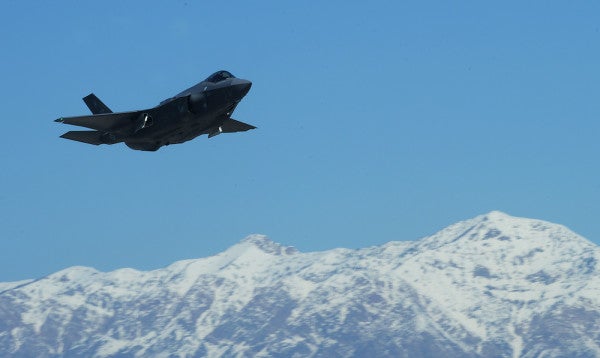 Committee chairman Sen. John McCain of Arizona — a critic of the program — said the 2,443 aircraft expected to be purchased by the Air Force, Marines, and Navy will not match budget realities. According to Defense News, the Pentagon shot down the notion that the number would be reduced. However, Gen. Joseph Dunford, chairman of the Joint Chiefs of Staff, and Adm. John Richardson, now chief naval officer, made separate comments about the F-35 and future plans to purchase aircraft, prompting questions about the feasibility of the 2,443 figure.

The Pentagon has said there is still no plan to review the F-35 program, but added that all programs are under review in the face of budget uncertainty.