On Monday, Sen. John McCain called for Donald Trump to apologize to veterans for his incendiary comments about McCain’s time... 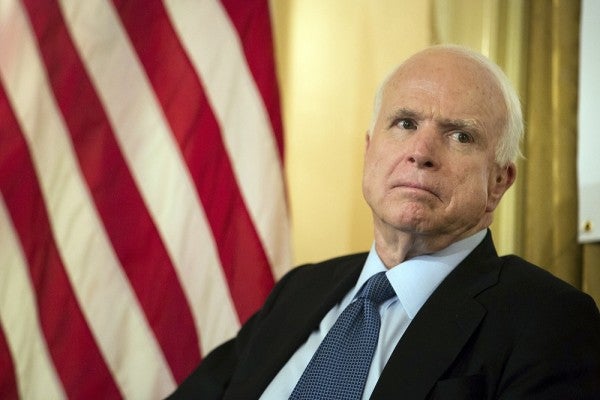 On Monday, Sen. John McCain called for Donald Trump to apologize to veterans for his incendiary comments about McCain’s time as a prisoner of war in Vietnam. During a Family Leadership Summit in Ames, Iowa, July 18, the Republican presidential candidate drew the anger of many, especially his fellow party members, when he said that McCain was “a war hero because he was captured,” adding “I like people that weren’t captured.”

On MSNBC’s “Morning Joe,” McCain requested that Trump apologize to veterans and their families for his remarks, saying that it disparages the sacrifice made by those who were held in captivity as prisoners of war. The senator stopped short of demanding a personal apology, citing the fact that he is a public figure, so it comes with the territory.