McChrystal: Strength Of SEALs Is In The Team, Not The Individual

In his book “Team of Teams,” retired Gen. Stanley McChrystal writes that the effectiveness of the Navy’s Sea Air and … Continued 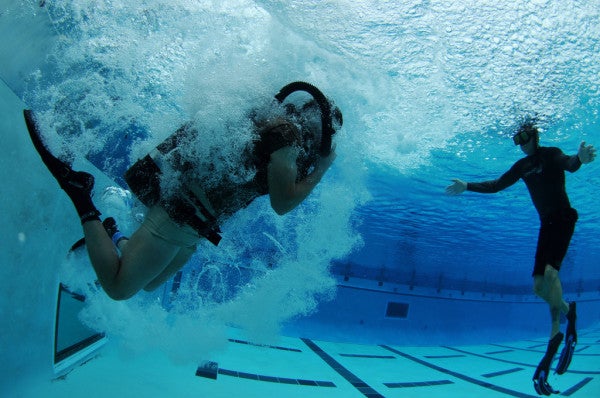 In his book “Team of Teams,” retired Gen. Stanley McChrystal writes that the effectiveness of the Navy’s Sea Air and Land teams is their ability to cooperate and communicate on a level that’s nearly telepathic. McChrystal cites the 2009 rescue of Richard Phillips, which was dramatized in the 2013 film “Captain Phillips,” as an example of this extraordinary teamwork. When the three Navy SEAL snipers shot their targets — at night, on the open water from 75 yards — they did so simultaneously, each shooter recognizing the perfect moment to strike.

“Such oneness is not inevitable, nor is it a fortunate coincidence,” writes McChrystal. “The SEALs forge it methodically and deliberately.”