Editor's Note: This article originally appeared on Business Insider. Several dissidents were targeted by the Saudi government after a report... 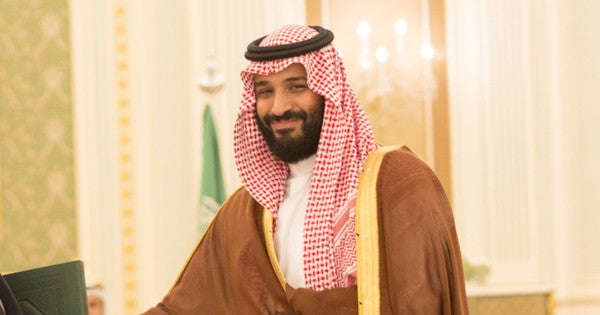 Several dissidents were targeted by the Saudi government after a report from the American consultancy firm McKinsey & Company identified them as having a heavy influence over social-media criticisms of Saudi austerity measures, according to The New York Times.

McKinsey reportedly created a nine-page report measuring the public's response to austerity measures announced in 2015, and found that there was twice as much coverage of the measures on Twitter than on other news platforms, and that the coverage was overwhelmingly negative.

The McKinsey report, obtained by The Times, found that three people were particularly influential on Twitter, including Khalid al-Alkami, a writer; Omar Abdulaziz, a Saudi critic who lives in Canada; and an anonymous user identified as Ahmad.

Following McKinsey's report, Alkami was reportedly arrested; two of Abdulaziz's brothers were arrested, and the government hacked Abdulaziz's phone; and the Ahmad account was shuttered.

A McKinsey spokesman said in a statement to Business Insider that the report was not created for the Saudi government, used publicly available information, and was intended primarily for an “internal” audience.

“We were never commissioned by any authority in Saudi Arabia to prepare a report of any kind or in any form to identify critics. In our work with governments, McKinsey has not and never would engage in any work that seeks to target individuals based on their views,” the spokesman said.

He continued: “We are horrified by the possibility, however remote, that it could have been misused in any way. At this point, we have seen no evidence to suggest that it was misused, but we are urgently investigating how and with whom the document was shared.”

Khashoggi's death, which the Saudis have said occurred after a physical altercation, has highlighted the Saudi government's attempts to quash dissent and silence critics, and shone a spotlight on the companies and governments who have aided the regime.