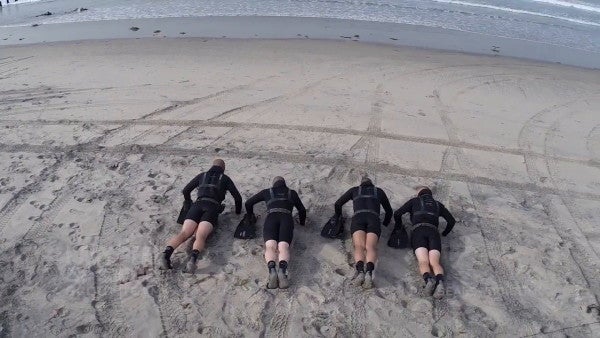 The legendary former Navy SEAL Adm. Bill McRaven said at an event on Wednesday that China's technical and national defense capabilities were quickly approaching — and sometimes surpassing — those of the US, representing what he called a “holy s—” moment for the US.

McRaven, who was the head of Special Operations Command during the 2011 operation on the Al Qaeda leader Osama bin Laden's Pakistan compound, said at the Council on Foreign Relations event that “we need to make sure that the American public knows that now is the time to do something” about China's rapid increases in research and developments in technology that threaten US national security.

China is emerging as the most significant rival to the US, as outlined in a report by the Council on Foreign Relations released Wednesday. From hacking and intellectual-property theft to incursions in the South China Sea, China is asserting its dominance in the Pacific and its intention to compete militarily with the US.

But McRaven said that particularly in terms of technology and innovation, “as we talk about the rise of China, the gap” between American and Chinese innovation “is narrowing.”

In some cases, China is surpassing the US, according to the report — for example, in the commercialization of 5G, a necessary component of high-speed communication. What's more, Chinese-built 5G networks could pose significant risks to US national security, as evidenced by the US's contentious relationship with the Chinese tech company Huawei.

But it's not just about IP theft — it's also about China out-innovating the US, and that as its economy grows, it will continue to do so. The report stressed the necessity of federal funding for tech research and urged the Pentagon to fast-track the adoption of tech innovation into its bureaucratic systems — a problem China doesn't have, thanks to its integration of military and civil technical innovation.

China's growing economy and investment in technical innovation has been a growing threat to the US's national security for years, but now is the US's “Sputnik moment,” McRaven said, referring to US competition with Russia in the Cold War.

“If not now, when?” he said. “And oh, by the way, it's just going to get harder as we get further into the future.”