Former SOCOM chief McRaven: the US is ‘under attack from the president’

​Retired U.S. Navy Adm. William McRaven, a Navy SEAL who oversaw the raid that took out Al Qaeda leader Osama bin Laden in 2011, gave a bleak assessment of President Donald Trump and alleged the commander-in-chief was gutting the country of the "nation's principles" 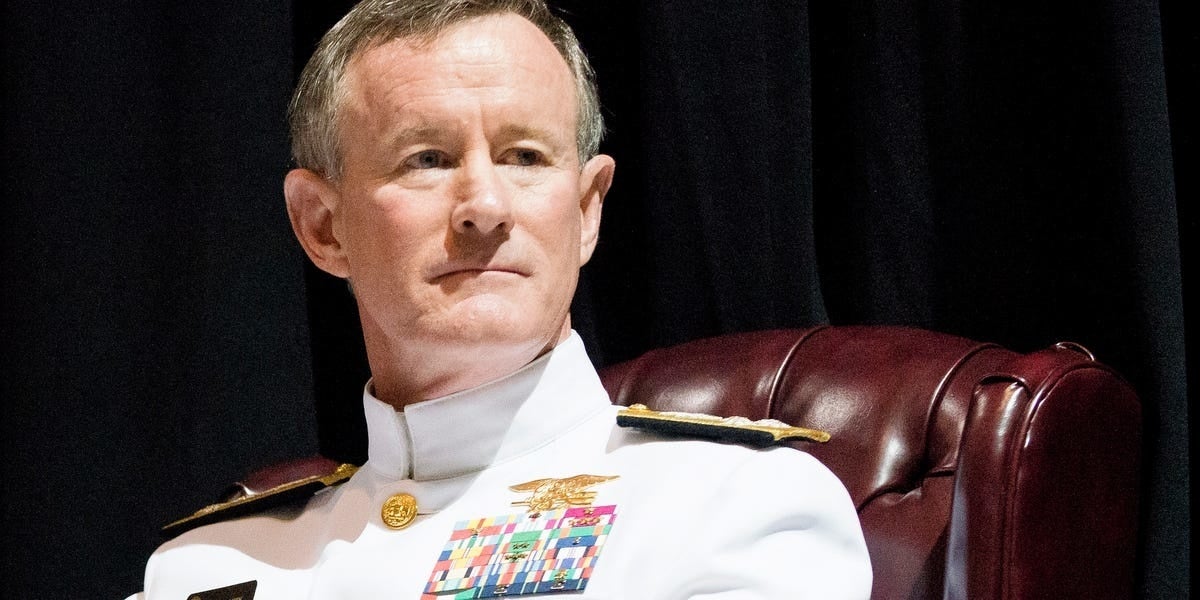 Retired U.S. Navy Adm. William McRaven, a Navy SEAL who oversaw the raid that took out Al Qaeda leader Osama bin Laden in 2011, gave a bleak assessment of President Donald Trump and alleged the commander-in-chief was gutting the country of the “nation's principles.”

In his fiercest condemnation against the president yet, McRaven recounted in a New York Times opinion column a military ceremony he recently attended at Fort Bragg, North Carolina, where he reflected upon the thousands of U.S. service members who marched on the parade field before him.

“For everyone who ever served in uniform, or in the intelligence community, for those diplomats who voice the nation's principles, for the first responders, for the tellers of truth and the millions of American citizens who were raised believing in American values — you would have seen your reflection in the faces of those we honored last week,” McRaven wrote.

But “beneath the outward sense of hope and duty,” McRaven writes that “there was an underlying current of frustration, humiliation, anger and fear.”

McRaven claims that despite the apolitical nature of various military branches, intelligence agencies, and public service organizations, the people employed by these groups had witnessed “the assaults on our institutions” under the Trump administration.

“They have seen our leaders stand beside despots and strongmen, preferring their government narrative to our own,” McRaven wrote. “They have seen us abandon our allies and have heard the shouts of betrayal from the battlefield. As I stood on the parade field at Fort Bragg, one retired four-star general, grabbed my arm, shook me and shouted, 'I don't like the Democrats, but Trump is destroying the Republic!'”

“Those words echoed with me throughout the week,” McRaven added.

McRaven pointed out examples of where the U.S. was neglecting its duty to be the “the protectors of the less fortunate” — including Trump's recent decision to withdraw troops from Syria as Turkish-backed militants wage assaults against the once U.S.-backed Kurdish militia.

Trump's decision for a withdrawal drew bipartisan condemnation, with many lawmakers alleging the U.S. was abandoning its allies against ISIS. Roughly 11,000 Kurds died during the anti-ISIS campaign, and the abrupt decision for the U.S. to leave the region caught lawmakers and U.S. military officials by surprise.

“If our promises are meaningless, how will our allies ever trust us? If we can't have faith in our nation's principles, why would the men and women of this nation join the military,” McRaven said in his column. “And if they don't join, who will protect us? If we are not the champions of the good and the right, then who will follow us? And if no one follows us — where will the world end up?”

McRaven added that Trump “is wrong” to think empathy is “unimportant or weakness.”

“These are the virtues that have sustained this nation for the past 243 years,” McRaven said. “If we hope to continue to lead the world and inspire a new generation of young men and women to our cause, then we must embrace these values now more than ever.”

McRaven previously suggested Trump's presidency was hindering the country's values. The retired commander of US Joint Special Operations Command conveyed a similar sentiment in another opinion column published by The Washington Post in 2018. In the column, McRaven rebuked Trump's decision to revoke the security clearance of former CIA Director John Brennan, who had previously criticized the president.

“A good leader sets the example for others to follow,” McRaven said in The Post. “A good leader always puts the welfare of others before himself or herself.”

“Your leadership, however, has shown little of these qualities,” McRaven added. “Through your actions, you have embarrassed us in the eyes of our children, humiliated us on the world stage and, worst of all, divided us as a nation.”