Tom couldn't sleep. After six years in the U.S. Navy, he found himself in the civilian world unable to readjust... 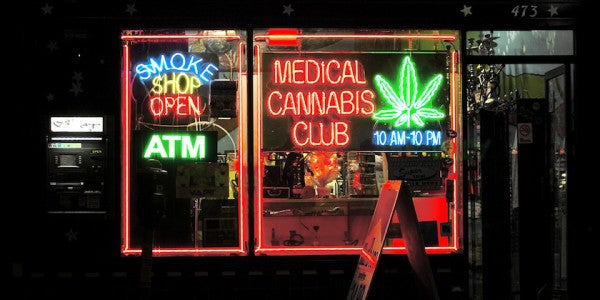 After six years in the U.S. Navy, he found himself in the civilian world unable to readjust from his time on a ship, when a commanding officer would often wake up the sailors every few hours.

He tried prescription sleep aids, but nothing really worked until he smoked some weed.

“I tried it very sparingly and slept the whole night for the first time in like months,” Tom said.

For members of the U.S. military, admitting to using marijuana could result in an investigation and in most cases, punishment or separation from the military. Because of this, many of the veterans who use marijuana chose not to reveal their last names to the Times-Call for this story.

Attorney Will M. Helixon, an expert in military law, said the military still considers marijuana a controlled substance. Someone in active duty caught using the drug could be punished and in most cases, processed for separation from the military. For someone who is not on active duty, it could still result in a discharge, which could close the door for future benefits and career options.

Helixon said it makes no difference to the military if marijuana is legal in some states, such as Colorado.

“There are many instances where otherwise lawful conduct is prohibited by the military, marijuana being one of them,” Helixon said. “To not be efficient in your job or to be derelict in your duties is not a crime in the civilian world, but it is in the military.”

Tom, in his early 30s, said the prescription sleep aids had severe side effects he didn't care for.

“I tried Ambien and had almost hallucinations, I had really weird dreams that were really uncomfortable and I would wake up groggy and sluggish,” Tom said. “I didn't feel like my entire brain was waking up at the same time, like a mental hangover. I also tried melatonin … it would let me fall asleep more easily but then I would wake up at 1 a.m. anyway.”

Tom said he doesn't think his sleeplessness is due to post-traumatic stress disorder because he never saw combat.

“Over the course of six years, you establish the pattern of always getting your sleep interrupted to go run drills or whatever it is,” Tom said about his time in the Navy.

“It was four or five nights a week where you're getting woken up to do something. Everyone is taking cat naps here and there because you sleep whenever you can. And after six years of not getting a full night's sleep, that's what I'm used to now.”

Marijuana vs. other substances

Tom said he much prefers marijuana over drinking, even though branches of the military are no strangers to alcohol consumption.

“The Navy has, I don't want to say a tradition, but we're known for being heavy drinkers. There's that saying 'drunk as a sailor,'” Tom said. “It's like a big frat because at every port there's 'Let's go out and get as drunk as possible.' I thought it was so odd that the Navy was so gung ho about drinking and so against marijuana. I consider them on the same level.”

Juan, who is 50 and was in the U.S. Marine Corps, expressed the same sentiment.

Juan broke his collarbone from injuries not related to the military, he said.

“I just drank all the time to numb the pain but marijuana works much better and for sleep as well,” Juan said. Marijuana “doesn't really get rid of the pain. It changes it to something more manageable if that makes sense … it like feels good to get it moving, like a massage.”

Juan said he has a couple friends recently who died from heavy drinking. He said the drinking culture in the Marines is similar to what Tom described in the Navy.

“Oh yeah, it's just like college — put enough young people together and they're going to want to party and drink. In the Marine Corps everyone drank and pretty excessively too,” Juan said.

Juan said he is distrustful of prescription opiates as well.

“I think the amount of opiates being prescribed to people is a little reckless. I don't take aspirin because I don't like the idea of drugs,” Juan said. “An opiate can actually kill you if you overdose. With marijuana, that can't happen. You're not going to smoke yourself to death.”

Juan conceded that it is possible to get hooked on marijuana, like anything else.

“To be honest, I'm kind of addicted to not hurting all the time. You can be psychologically dependent on it,” Juan said. “If it gets to a point where you're smoking before work or something then you've got a problem. I have friends who smoke it pretty heavily and they are well-paid with families to take care of. They're not the stereotypical stoner on the couch.”

Sam House, a spokesman for the U. S. Department Veterans Affairs for northern Colorado and Cheyenne, said that while marijuana may seem beneficial, it's masking the real problem.

“When we self-medicate, what happens is we put a Band-Aid over it, whether it's through some type of substance abuse or alcohol or medical marijuana,” House said. “When you sober up and take the Band-Aid off, the pain is still there. Our goal is to help our veterans without those Band-Aids and without those temporary fixes.”

House said the VA follows the Federal Drug Administration, which has not found a medical use for cannabis. The Drug Enforcement Agency still lists marijuana as a Schedule I drug.

Because of the federal policy, House said a veteran who uses marijuana won't be able to get certain prescriptions at the VA medical office.

For instance, veterans are routinely blood-tested every time they go in for a VA appointment, House said. So if a veteran tweaks his or her back in a way for which a doctor would prescribe prescription painkillers, when the bloodwork comes back positive for marijuana, the VA doctor can no longer prescribe the painkillers.

House is a veteran who is diagnosed with PTSD. He said it's important for veterans to treat the root cause of the side effects with therapy, instead of self-medicating with marijuana.

“The goal of every veteran should be to be normal and to seek out that new normal,” House said. “If someone is on an antidepressant, they may need that for the rest of their lives. Why complicate that with self-medication, which could or could not contribute to that depression?”

'It does save lives'

Curt Bean, 31 of Lakewood, was diagnosed with PTSD after tours in Iraq with the U.S Army.

Bean said he went from taking 14 medications for PTSD to three medications after starting marijuana.

“The three biggest things for me — anxiety is really tough and then there's depression and sleeplessness,” Bean said. “I'm able to have something to mitigate that in a healthy and positive way with zero negative side effects.”

Bean said he is heavily involved in the Colorado veterans community and he has seen other veterans switch from opiates to marijuana with positive effects.

Bean was one of a group of four veterans and one sexual assault survivor who sued the state Board of Health. The Board of Health ruled against adding PTSD to the list of qualifying conditions for a medical marijuana card.

A Denver District Court judge upheld the Board of Health's decision and the veterans and survivor are appealing the decision, according to The Cannabist.

Bean said he knows many veterans are afraid to come out and say they use marijuana, but he is trying to raise more awareness about the issue. Bean has smoked marijuana on a few local news stations.

“I understand the ramifications of doing that, but it takes people to stand up and say 'It's silly' for this to become less of an issue,” Bean said.

Bean said he wished the VA would come around and see his perspective on marijuana use for PTSD.

“It's a matter of time. The longer they wait and drag their feet, the lower the quality of life for veterans and there is some loss of life,” Bean said. “That's the most upsetting thing — that I'm on this expedition to be able to say that this is a valuable option for the guys and they should be able to use it because it does save lives.”