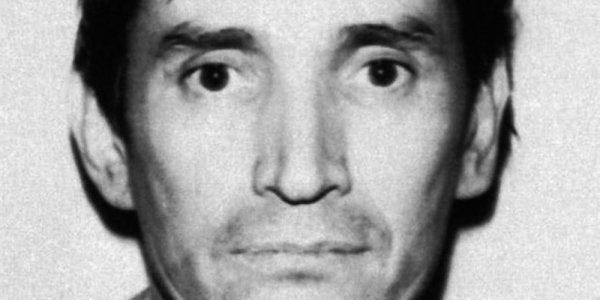 Camarena, whose undercover work led to the seizure and destruction of huge marijuana plantations in Mexico that wounded the Guadalajara cartel, was kidnapped off a street in Guadalajara on February 7, 1985.

His body, along with that of a pilot, was found a month later with signs of torture.

The killing caused a firestorm in U.S.-Mexico relations.

Gallardo, as well as fellow Guadalajara leaders Ernesto Fonseca and Rafael Caro Quintero, was immediately suspected of involvement. Fonseca and Caro Quintero were quickly apprehended, but Gallardo, who had help from Mexican police and government officials, remained on the run for years.

“We coordinated with the Mexican national police … and we started to do wire intercepts and we tracked him to a residence in Guadalajara — he never left Guadalajara, that was his power base,” Mike Vigil, former chief of international operations for the DEA, told Business Insider.

Gallardo was arrested on April 8, 1989, still wearing his bathrobe, according to Vigil. Mexican authorities also arrested most of the municipal police force in Culiacan, the capital of Sinaloa state and Gallardo's hometown.

Gallardo — nicknamed “El Padrino,” or “the Godfather” — was eventually sentenced to 40 years in prison. But after more than a decade behind bars, a tribunal ordered a retrial that was not decided until this month, when another judge found him responsible for the killing of Camarena and the pilot, Alfredo Zavala. The judge also ordered Gallardo, who is now in his early 70s, to pay $1.18 million in damages.

“This guy was a ruthless killer. He was an individual that caused untold harm to the United States, to his country, Mexico, and I believe he should be behind bars for the rest of his life,” Vigil said. “I'm actually very shocked at the fact that it's taken this long for the judiciary in Mexico to sentence him.”

Vigil added it was fortunate that Gallardo had remained in prison during the retrial. “I hope that he stays behind bars, because he truly is a career criminal,” he added. “He's a psychopath and would continue his destructive ways if he were ever to get out of prison.”

Fonseca, nicknamed “Don Neto,” was transferred to house arrest in 2016 due to health issues. (Gallardo has requested similar treatment.)

Caro Quintero, called “the narco of narcos,” was suddenly released in 2013, after a court overturned his conviction because of jurisdiction issues. He had served 28 years of his 40-year sentence. He has been in hiding since his release but denied reports he was re-engaged in the drug trade in an interview last year. The U.S. and Mexico are still looking for Caro Quintero, with American authorities offering up to $5 million for information leading to his capture.

Gallardo's legal saga has dragged on in court, but the repercussions of his rise and fall have been felt throughout Mexico in the years since his reign came to an end.

Gallardo and his associates seized on the burgeoning cocaine trade to build their empire, and smuggling the drug to the voracious U.S. market has been the chief goal of Mexican drug-traffickers in the decades since.

The Sinaloa cartel, led by Joaquin “El Chapo” Guzman, also emerged from the Guadalajara cartel's breakup. Guzman, perhaps one of Mexico's most ambitious and brutal narco chieftains, would wage war against both the Tijuana and Juarez cartels, eventually assuming control of their territory.

Like Gallardo, authorities caught up to Guzman, arresting him for the third time in January 2016. After a year spent warily guarding against another escape, Mexico extradited him to the US in January.

The split of the Guadalajara cartel was a somewhat organized affair, but Guzman's capture seems to have ignited simmering rivalries in Mexico's narco underworld.

Competitors vying for control of the Sinaloa cartel or of chunks of its territory have pushed bloodshed in the country to new highs and look set to make 2017 Mexico's deadliest year in the past two decades.