Pants On Fire: Miami Defense Lawyer Ignites Self In Court During Arson Trial

A Miami defense lawyer’s pants burst into flames Wednesday afternoon as he began his closing arguments in front of a... 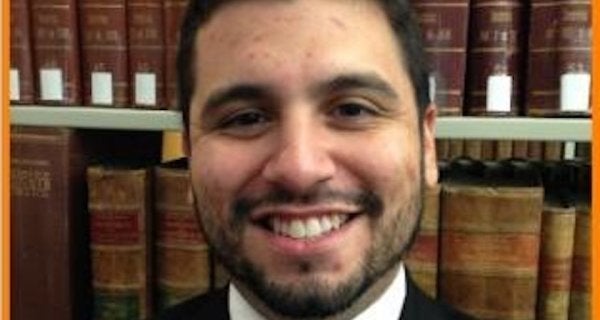 A Miami defense lawyer’s pants burst into flames Wednesday afternoon as he began his closing arguments in front of a jury — in an arson case.

Stephen Gutierrez, who was arguing that his client’s car spontaneously combusted and was not intentionally set on fire, had been fiddling in his pocket as he was about to address jurors when smoke began billowing out his right pocket, witnesses told the Miami Herald.

He rushed out of the Miami courtroom, leaving spectators stunned. After jurors were ushered out, Gutierrez returned unharmed, with a singed pocket, and insisted it wasn’t a staged defense demonstration gone wrong, observers said.

Instead, Gutierrez blamed a faulty battery in an e-cigarette, witnesses told the Herald.

“It was surreal,” one observer said.

“A lot of people could have been hurt,” another observer in court told the Herald.

Gutierrez was representing Claudy Charles, 48, who is accused of intentionally setting his car on fire in South Miami-Dade. He had just started his closing arguments when the fire broke out. Jurors convicted Charles anyway of second-degree arson.

Miami-Dade Circuit Judge Michael Hanzman, in the coming days, could decide to hold Gutierrez in contempt of court.

With millions of users across the country, e-cigarettes deliver vaporized nicotine through a heated liquid solution. But questions about the health and fire risks of the products have mounted, with the U.S. Department of Transportation recently banning e-cigarettes from checked bags on airplanes.

Last year, a Naples man filed suit in Miami-Dade after an e-cigarette exploded in his mouth, leaving him in a coma.