In January, Julio Morris was days away from his murder trial when a key eyewitness was gunned down in an ambush attack in North Miami-Dade 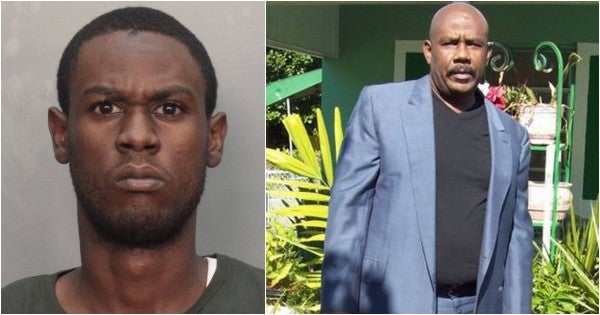 In January, Julio Morris was days away from his murder trial when a key eyewitness was gunned down in an ambush attack in North Miami-Dade. The trial was postponed.

This week, as Morris' trial finally got under way, prosecutors unsealed a new case against him: that he ordered the hit on the eyewitness from behind bars.

Morris and two other men have now been charged with the brazen killing of Ezell Finklea, the Army Special Forces veteran who had repeatedly cooperated with Miami-Dade prosecutors despite threats to his life.

Jurors in Morris' original murder trial, set to continue Thursday afternoon, won't be allowed to hear anything about the latest charges. Finklea's previous testimony against Morris won't be heard either, a judge ruled this week.

In the first case, Miami-Dade police said, Morris and another man opened fired on Jazmon Parker outside a house in April 2012. Finklea, a neighbor who knew Morris, witnessed the murder and told police that he saw Morris execute the victim in the middle of the street.

Parker's murder was believed to be drug related.

Prosecutors said Morris beat up Finklea eight days later. Morris' cousin was also convicted of threatening Finklea. In addition, a girlfriend of Morris' co-defendant was arrested for witness tampering, for trying to get Finklea to change his story; the charge was later dropped when she entered a program for first-time offenders.

The Miami-Dade State Attorney's Office relocated Finklea out of the neighborhood. But he left the relocation program, returning to Liberty City after deciding he did not want to stay away from his home.

Over the years, Finklea refused to back down, testifying at hearings or depositions at least seven times.

But before Morris' trial in January, he was driving along Northwest 30th Avenue when somebody walked up to his car and fired more than a dozen shots. Finklea was killed, along with his friend, Ira Williams, 70.

Morris was the immediate suspect. Police arrested his cousin, Howard Waters, and another man, James Kelly. They are charged with two counts of first-degree murder and felony witness tampering. A defense lawyer for Morris could not immediately be reached for comment.

The arrest warrant detailing the evidence against the trio was not available on Thursday morning.

But in a hearing last month, prosecutors told Miami-Dade Circuit Judge Alberto Milian that cell service records placed Waters near the scene of the crime when the bullets flew. Surveillance footage also placed him at the scene, and even approaching Finklea just before the shooting in the parking lot of a store, according to court documents.

The State Attorney's Office asked the judge to allow evidence of the attack on Finklea into the trial.

Milian, however, declined. He ruled that the jury would get confused and might wind up convicting Morris of the Finklea murder, not the killing of Parker.

“There is a high probability of distracting the jury from the original murder,” Milian said.

SEE ALSO: This Green Beret's Last Request After Being Shot In Afghanistan: 'Save The Bullet'

WATCH NEXT: Deadpool War The Worst Special Forces Soldier Ever