Flynn pleaded guilty to lying to the FBI about interactions with Russia's ambassador to the United States in the weeks before Trump took office. 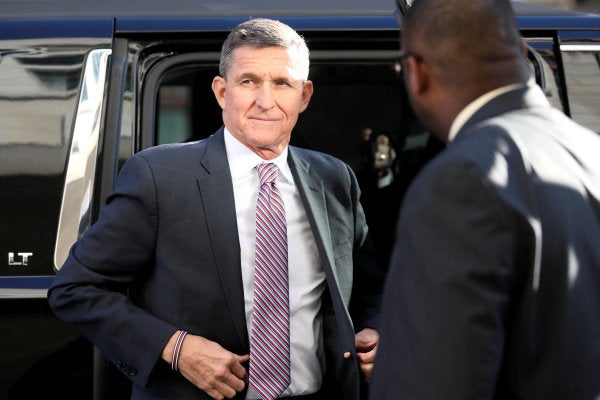 “It is clear that the defendant has not learned his lesson. He has behaved as though the law does not apply to him, and as if there are no consequences for his actions,” prosecutors wrote in a court filing.

Flynn pleaded guilty to lying to the FBI about interactions with Russia's ambassador to the United States in the weeks before Trump took office.

Prosecutors had originally recommended a lenient sentence for Flynn, who agreed to cooperate with former Special Counsel Robert Mueller's investigation of Russian interference in the 2016 election. They reversed that stance on Tuesday, saying Flynn had instead tried to thwart an investigation of his former business partner, Bijan Rafiekian.

Flynn's lawyers asked U.S. District Judge Emmet Sullivan to drop the case entirely, alleging wide ranging misconduct by prosecutors and the FBI. Sullivan rejected each of those assertions in December.

Prosecutors said those arguments show Flynn had not taken responsibility for lying to federal agents, something that could prompt a court to impose a longer sentence.

Flynn's lawyer, Sidney Powell, called prosecutors' recommendation “sickening” in an emailed statement, and said they were trying to punish the former Army lieutenant general “for not lying for them in the Rafiekian trial.”

Flynn is one of several aides and advisers to be convicted in Mueller's investigation. He is scheduled to be sentenced Jan. 28.