Men from the 8th Air Force entered the cockpit mission after mission, knowing that it was likely a death sentence. 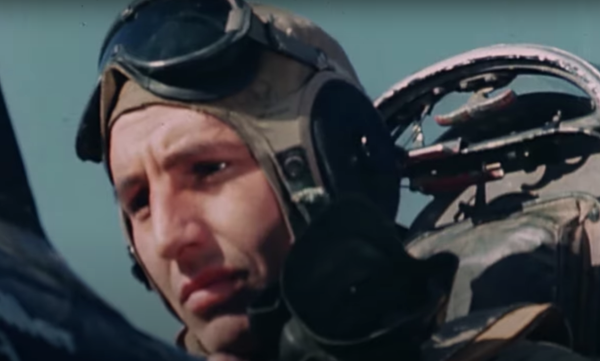 A day of World War II documentaries devoted to the 75th anniversary of victory in Europe will be anchored by an Easton production company’s latest work.

It is one of two primetime premieres concluding a day programming devoted to the European front and commemorating V-E Day, which was May 8, 1945.

National Geographic, in a news release, describes “Heroes of the Sky” as “recollections of the brave men from the U.S. Eighth Air Force who entered the cockpit mission after mission, knowing that their call to duty was a likely death sentence.

Integrating the airmen’s own words from personal diary entries, letters to loved ones and previous interviews, the special seamlessly draws from more than 1,000 hours of rare and never-before-seen intimate footage to tell the incredible story of the heroic figures in ‘The Mighty Eighth.’”

One voice in particular might sound familiar to fans of Easton Area High School football: Former running back Kyle Bambary, an associate producer on the project, supplied the audio track for one of the military men portrayed in the documentary.

Wartime archival footage is a specialty for Lou Reda Productions, which is named for the company’s late founder and now run by his family out of a church-turned-production-studio in Downtown Easton.

Among Lou Reda’s proudest works were 2014’s “Brothers in War” for NatGeo and 2009’s “WWII in HD,” an Emmy-winning 10-part miniseries for The History Channel.