Editor’s Note: This article by Matthew Cox originally appeared on Military.com, the premier source of information for the military and veteran community. The... 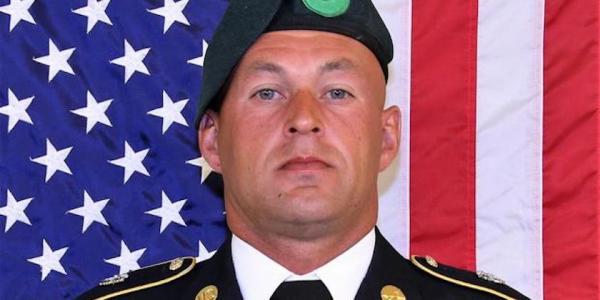 The Department of Defense has identified the Army Special Forces soldier killed in a Jan. 1 firefight in Afghanistan as Sgt. 1st Class Mihail Golin, making him the first U.S. combat death of 2018.

Golin, a native of Fort Lee, New Jersey, died after being wounded by small-arms fire when enemy forces attacked his dismounted patrol in Nangarhar Province, according to a Jan. 3 press release from the Pentagon.

A military statement issued on Jan. 2 said four other troops were wounded in the Jan. 1 battle in the Achin district of Nangarhar province. Two of the wounded were in stable condition, and the other two have returned to duty, according to the statement.

Gen. John Nicholson, the top U.S. commander in Afghanistan, expressed condolences, saying, “We are deeply saddened by the loss of one of our own.”

The firefight that resulted in Golin's death is under investigation.

Golin was originally born in Riga, Latvia, according to an Army press release. He moved to the United States in October 2004 and enlisted in the Army on Jan. 5, 2005.

Prior to his September 2017 deployment to Afghanistan, Golin participated in three other deployments. He deployed once to Iraq in support of Operation Iraqi Freedom from September 2006 to November 2007, and twice to Afghanistan from February 2009 to February 2010 and from December 2011 to October 2012, both in support of Operation Enduring Freedom, according the Army press release.

Related: 8 Years After My Last Deployment, I Returned To Afghanistan As A Reporter. Here’s What I Found »

The United States formally concluded its combat mission in Afghanistan at the end of 2014 but still carries out operations against the Taliban and an Islamic State affiliate, both of which are active in Nangarhar.

On April 13, the Air Force dropped the most powerful non-nuclear bomb in the U.S. military's arsenal against the Islamic State in that province. The 21-000-pound GBU-43 Massive Ordnance Air Blast, or MOAB, is nicknamed the “Mother of All Bombs. It was the first ever combat use of the massive ordnance.

Despite the MOAB's destruction, enemy activity in the province continued.

Two Army Rangers were killed there April 26 in a fierce gun battle with the Islamic State of Iraq and Syria-Khorasan.

In the April incident, about 50 U.S. Army Rangers and 40 Afghan commandos were inserted by helicopter into the Mohmand Valley.

A statement at the time from U.S. officials said there was a “possibility” that Rodgers and Thomas were killed by friendly fire and that U.S. Forces Afghanistan is investigating the incident.

Those at the scene report close-quarters fighting and enemy fire coming at them from 360 degrees, U.S. officials said.