"The Northwest Passage and the Northern Passage all link through one strategic waterway in the West, and that's through the Bering Strait." 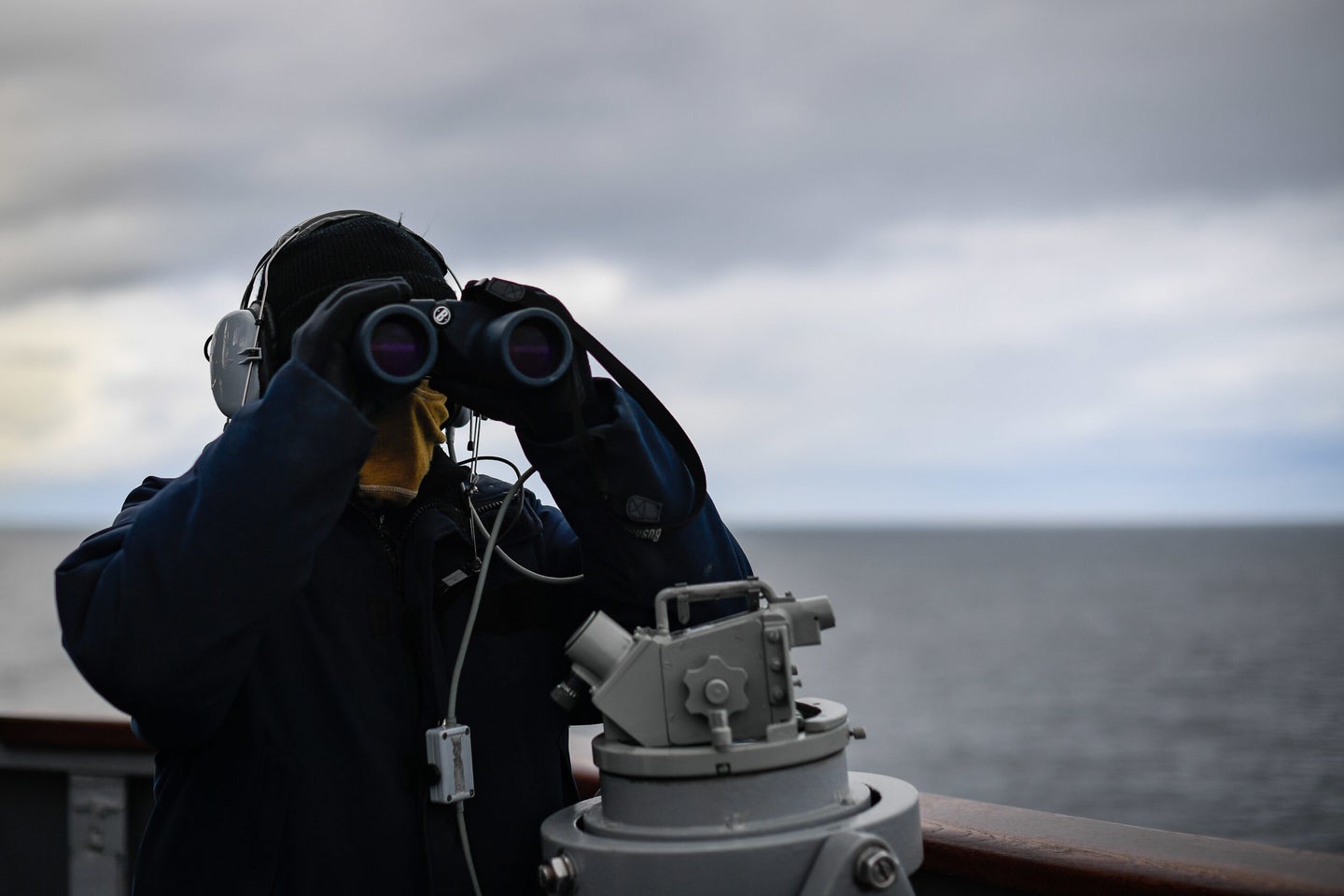 Tensions between the US and Russia and increasing activity in the Arctic have drawn more attention to the countries’ otherwise quiet boundary in the high north.

The Bering Strait, between Alaska and Russia’s Far East, has long been an area of low tension and cooperation on matters like waterway management and fisheries enforcement. But expectations of increased commercial and military activity in the Arctic have raised the strait’s strategic profile.

“The Northwest Passage and the Northern Passage all link through one strategic waterway in the West, and that’s through the Bering Strait,” retired US Air Force Gen. Douglas Fraser said at a Wilson Center event in October, referring to sea routes along the northern coasts of Canada and Russia, respectively.

Russia is modernizing its military, and the rejuvenation of its submarine fleet in particular has drawn US military attention back to the Greenland-Iceland-UK Gap, through which Russian navy ships would need to pass to strike targets at sea in the Atlantic or in the US and Europe.

“The issues that we’re facing and talking about in the GIUK Gap, you need to be very cognizant that they could also appear in the Bering Sea,” added Fraser, who led Alaska Command in the mid-2000s.

Fraser is not alone in that assessment. At a Senate hearing in March, the Navy’s top officer, Adm. Michael Gilday, said he expected the Bering Strait to be “strategically as important as the Strait of Malacca or the Strait of Hormuz.”

The US military has been active in those straits for years, but its activity in and around Alaska is increasing.

In May 2019, a Navy aircraft carrier joined the Northern Edge exercise in the Gulf of Alaska for the first time in decade; months later, the Navy returned to Adak Island, in Alaska’s Aleutian Island Chain, for another exercise.

Adak was home to a sprawling Navy base that closed in the 1990s, but Navy officials have discussed again using it for aerial patrols. The Navy’s longstanding Arctic submarine exercises have also taken on new relevance.

“I think we ought to pay a lot of attention to the Aleutians,” Fraser said at the October event. “They provide, really, a string across the approaches into the Bering, and as more and more strategic activity happens … through the northern approaches, the Aleutians are going to be a strategic and key terrain.”

The Air Force and Space Force will be “key contributors” to addressing issues that arise in the region, Fraser said.

The Air Force has the US military’s largest presence in the Arctic, where it works with Canadian forces on airborne early-warning operations, including intercepting Russian bombers that approach US airspace. That presence will grow as the Air Force adds more F-35s to its bases in Alaska.

Other service branches want to increase their training in Alaska, and lawmakers have pushed for more investment there.

The US Army Corps of Engineers recently approved plans to expand the port of Nome, on Alaska’s Bering coast. That “will not only help from a national-security perspective but … help [local communities] to reduce the cost of living,” Alaska Sen. Lisa Murkowski said at another event in October.

‘Not so much about signaling’

Russia’s Far East and Arctic regions are sparsely populated, and after the Cold War the military infrastructure there deteriorated, but Moscow is refurbishing those facilities.

“The physical proximity to both Canada and Alaska … makes the Far Eastern flank of the Arctic as … important to the Russians as the European flank, or NATO flank, of the Arctic,” Alexey Muraviev, head of the Department of Social Sciences and Security Studies at Australia’s Curtin University, told Insider this summer.

The work includes expanding and upgrading airfields to handle strategic bombers and support all-weather operations, though Russia is “mindful of China” and concerns it may have about such activity near their shared border, Muraviev said.

Russia has renovated Arctic bases to support maritime operations along the Northern Sea Route and added new radars and other installations to detect an airborne attack. The easternmost Arctic radar facility is on Wrangel Island, just 300 miles from Alaska.

Russia’s Pacific Fleet has received a variety of new ships and has increased its exercises. A major naval drill in August led to close encounters between Russian ships and US fishermen near Alaska.

That was Russia’s first significant exercise in the region in some time, but it wasn’t clear if it was a response to US actions, according to Michael Kofman, director of the Russia Studies Program at CNA, a nonprofit research group.

“A lot of big Russian military exercises, it’s not so much about signaling,” Kofman told Insider. “It’s much more about them actually being able to do it … to mass forces, to exercise farther away from the actual naval bases.”

Kofman was skeptical that the Bering Strait would take on the same strategic significance as the GIUK Gap but said the sea lines of communication that run through it mean it would be important if the US pursues a sea-control strategy in a conflict, particularly one with China, which brands itself a “near-Arctic power” and is increasingly active there.