224 killed, 186 aircraft lost. Military pilots worry about being ‘the next accident’

Military aviation accidents have killed 224 pilots or aircrew, destroyed 186 aircraft and cost more than $11.6 billion since 2013 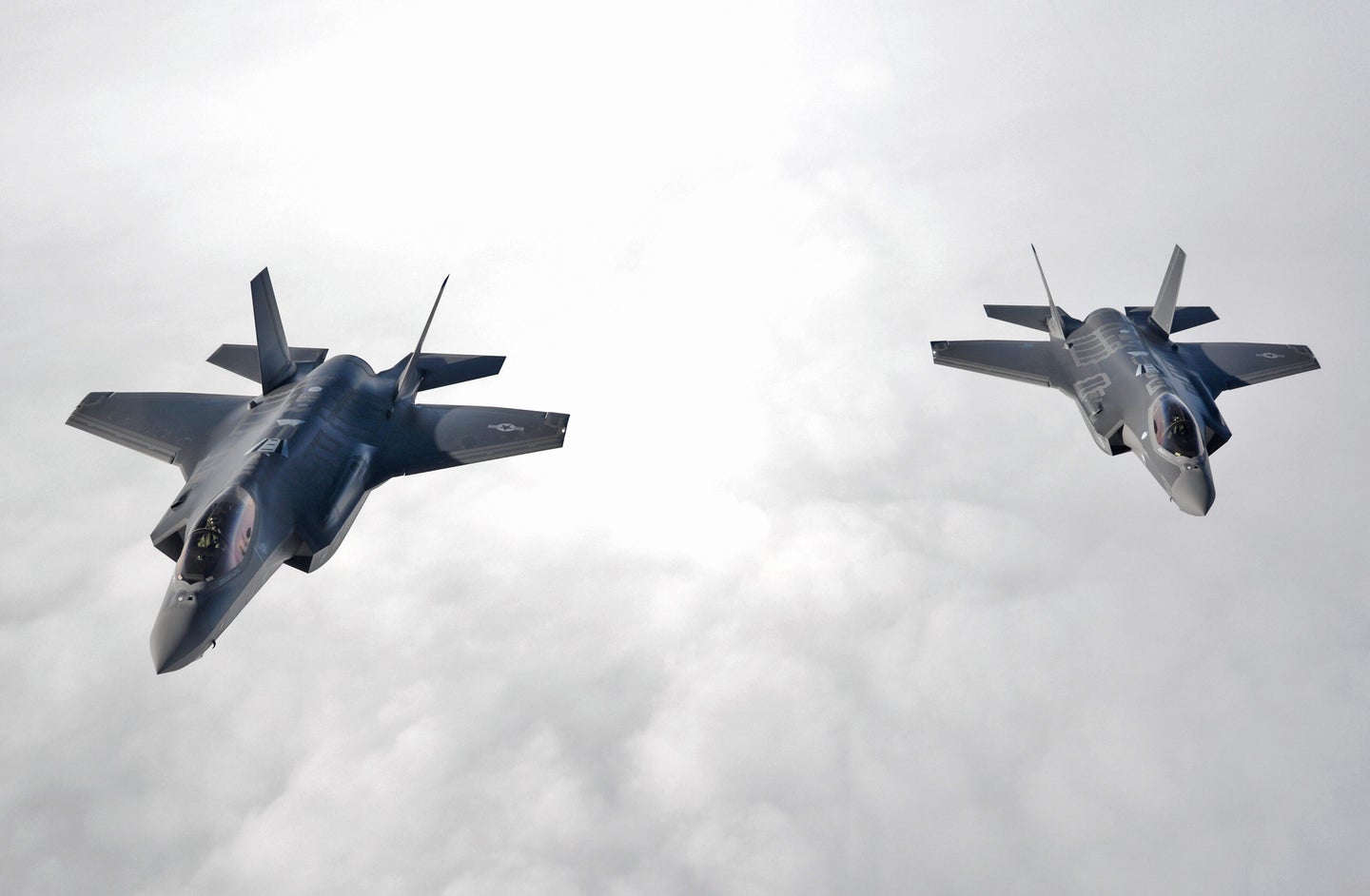 WASHINGTON — Military aviation accidents have killed 224 pilots or aircrew, destroyed 186 aircraft, and cost more than $11.6 billion since 2013 — and many aviators believe those numbers will keep rising, a congressional commission established to investigate those crashes has found.

The bipartisan National Commission on Military Aviation Safety was established by Congress “to make an assessment of the causes contributing to military aviation mishaps” after a string of deadly military crashes in 2018.

The commission conducted confidential interviews with thousands of military pilots, maintainers, aircrew and ground crew and looked at five years of accident data from 2013 to 2018 to get a better understanding about why the non-combat crashes were occurring.

McClatchy obtained a copy of the commission’s report, which was publicly released later on Thursday.

“You’d like to think after 18 months we came up with some silver bullet recommendations,” Army Gen. Richard Cody, chairman of the commission, said in an interview with McClatchy. “But it’s a whole bunch of things that are out of balance.”

What they did hear repeatedly from pilots and maintainers was that the situation had not improved.

“We went to 80 different places, 200 different units,” said Cody, who over his 36-year military career flew more than 5,000 hours in Army helicopters.

“They all worried about being the unit that was going to have the next accident. Almost every interview.”

In private, candid meetings, the commissioners asked service members: What do you think will cause the next mishap? The answers they got jarred them.

“The question of the next mishap was not hard to answer at one Marine base, where a junior Marine told the Commission that his unit was reusing expendable $5 filters on aircraft. The unit, he explained, still had missions to do even if there was no money to purchase new filters,” the commission reported.

Training cutbacks have also taken a toll and could hurt aviation safety down the road, pilots told the commissioners.

“This seems irreversible,” a Navy squadron commander told the commissioners. “I have increasingly unqualified people to teach the new generation who are then going to be less qualified to train the next generation.”

The cumulative effect was a demoralized military aviation force, Richard Healing, vice chairman of the commission, said on a call with reporters.

Unpredictable funding, coupled with back-to-back demands for military aircraft to respond to the invasion of Iraq and Syria by the Islamic State, Russian aggression in Europe and calls to increase presence in the Asia-Pacific region to counter China have taken a toll, the report found.

The 2013 budget reductions known as sequestration cut personnel, flight hours and depot maintenance and required the aviation community to do more with less. In the years that followed, thousands of experienced aviators and maintainers left military service for commercial aviation despite being offered sizable retention bonuses to stay.

Their departures have further increased the workload on those who have remained.

“We see human factors and an increase in mishaps,” another Air Force senior maintainer said. They don’t have experience and are tired. They are tired and are crying for help. The response is shut up and color.”

“My kids don’t know who I am,” said one Marine Corps aviator. “They don’t know when I am going to be home. That stuff leads to the burnout and distraction while flying.”

New pilots recruited to backfill the aviation ranks pay the price too, because they receive fewer training flight hours and have fewer experienced instructor pilots available to teach them, the report found.

Despite increased funding over the last several years, few pilots are getting the flight hours required to stay proficient, they told the commissioners. Instead, the military services are relying heavily on waivers for those requirements.

“Except for the trainers and evaluators, everyone in my flight company had minimums waived,” one Army pilot told the commissioners.

Pilots aren’t getting enough flight hours in part because reduced manpower has forced them to take on administrative tasks, and in part because the funding increases don’t immediately result in more available fighter jets, due to the time it takes to build and repair aircraft.

In interviews with reporters in 2018 during a spate of crashes, former Defense Secretary James Mattis cautioned it would take years to see improvements.

“When you say, ‘I want an F-18 Super Hornet,’ they start building it. It won’t come to us for many, many months. But that’s the reality when you’re starting to bend metal and do more than click a mouse,” Mattis said at that time.

Maintainers, who repair and keep the aircraft fight ready, told the commission of an increased reliance on simulators to make up for a lack of hands-on training or trainers.

Some new maintainers could not even identify basic tools to open up aircraft because the computer-based training program used to graduate them “removed the panel with a click of the mouse,” the commissioners reported.

“Coming out of the schoolhouse, most (new maintainers) don’t know the difference between a Phillips head and a standard screwdriver,” a senior Marine Corps maintainer told the commission.

“We are teaching basic tools now,” a different Air Force noncommissioned officer told the commissioners. “A lot don’t know what a ratchet set is. If you ask for a ratchet set, they bring a socket.”

The Defense Department gets the largest share of the U.S. discretionary budget. In fiscal year 2020 the Pentagon received more than $718 billion, an increase from $686 billion in the 2019 defense budget.

However, for 13 of the last 18 years Congress has not been able to pass a budget by the start of the new fiscal year, instead passing continuing resolutions that keep funding at previous years’ levels while they work on final legislation, the commissioners said.

But continuing resolutions don’t cover the annual rise in costs such as payroll and military health care. To cover the difference, the Pentagon often pulls from military aviation, meaning that pilot training and maintenance programs have to belt-tighten until the full budget arrives months later, the commissioners said.

“Late funding, no matter the amount, cannot reverse the impact of months of insufficient flying hours, missing parts, and deferred maintenance. Timing is everything,” they said.

The commission’s report comes as the federal government is facing additional budgetary pressures. The budget deficit and the immediate domestic spending needs driven by the COVID-19 pandemic likely mean the Pentagon will be facing flat budgets again for the next several years, two defense budget experts said.

Whether that means aviation accidents will again spike depends on the spending choices the Defense Department makes, they said.

“I think safety and a general degradation in readiness is at real risk from flat or declining budgets, but it is not a foregone conclusion,” said Todd Harrison, director of defense budget analysis at the Center for Strategic and International Studies. ” DoD and Congress can avoid putting flight safety at risk even in a down budget environment if they make the tough decision to reduce the size of the force.”

Dan Grazier, a former Marine Corps captain and military fellow at the Project on Government Oversight, said it’s likely the Pentagon will again look to aviation budgets to cover any spending gaps, instead of cutting the purchase of new weapons systems.

“I think it is an absolute certainty that cuts will come from existing aircraft and operations and maintenance accounts,” Grazier said. “When this happens, maintenance issues will be deferred and we will unfortunately see readiness rates fall and mishaps increase. It shouldn’t be this way, but the business of the Pentagon is buying weapons.”

In its report to Congress and the president, the commission provided 24 recommendations to improve pilot and maintainer retention and improve flying safety records, including:

— The Defense Department should establish a Joint Safety Council within the Office of the Secretary of Defense, staffed by safety chiefs from each military branch to elevate accident prevention and reporting to the highest levels within the Pentagon. The council would gain access to centralized incident reporting and analytics, to help prevent future accidents.

— Military services should provide maintainers tuition-paid training in airframe maintenance in exchange for extended military service so they can obtain professional licenses, which are expensive to pursue. That would give them an edge in getting jobs in the commercial aviation industry after leaving the military.

— Centrally track waivers given to pilots to “create a baseline, and monitor them to identify trends, assess risk, and predict potential problems and resource shortfalls.”

— Each military unit should make sure it has sufficient administrative personnel to allow aviators and maintainers to concentrate on their primary mission.