The couple pulled up to a house Saturday expecting to buy a cellphone. They’d been talking with a young girl... 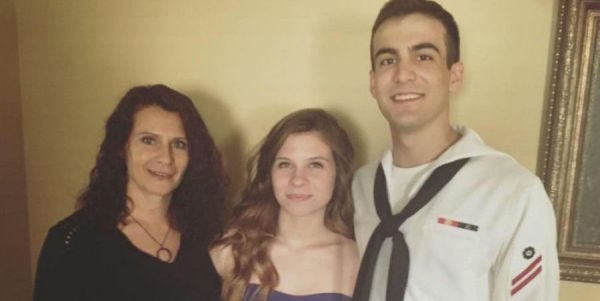 The couple pulled up to a house Saturday expecting to buy a cellphone.

They’d been talking with a young girl via OfferUp – an app that connects local buyers and sellers – and made plans to meet up.

But when they got there, Frederick, a 20-year-old Navy sailor, felt something wasn’t right, his father said Tuesday. It was shortly before 9 p.m. in the 2500 block of Moton St. in Portsmouth, Virginia.

Six people surrounded the car, and one started shooting, the father said.

Frederick was struck in the chest and head – causing permanent vision loss in his left eye. His pregnant wife, Emily, was hit in the chest, the bullet missing her heart “by centimeters,” her father-in-law said.

The baby is OK, but the couple remains hospitalized and faces many unknowns, Frederick’s dad, Randy, said Tuesday. He asked that The Virginian- Pilot use only their first names because of safety concerns.

Officer Ricky Wright, police spokesman, said there’s been a recent string of about nine robberies related to online marketplaces such as Facebook, Craigslist and OfferUp. It was not immediately known whether those robberies were connected. Police are investigating.

Police said those using the apps can meet up to exchange goods at a designated spot outside police headquarters at 801 Water St. They suggest meeting between 9 a.m. and 5 p.m. on weekdays, when a security officer is on duty.

“I don’t want something like this to happen to someone else,” Frederick’s father said. “It’s just senseless.”

Frederick went into the Navy in January, and the couple moved to Hampton Roads several months ago. Emily is four months pregnant.

Randy said his son had $300 on him the night of the shooting, but the group didn’t steal anything.

Frederick got the car moving and took off, but he told his wife he couldn’t see, he said. They crashed into a car a few houses away. Emily was able to drive to a nearby convenience store, where police soon arrived, Randy said.

The couple has been surrounded by family in the hospital, he said, and Emily hasn’t left her husband’s side. Frederick has limited sight in his right eye, but the family holds out hope his vision will improve.

“We don’t know what the future holds now,” Randy said.

A family member has started a fundraising page to help the couple with medical expenses: www.gofundme.com/fredrick-and-emily-fund.