Ronald A. Gray has lost another court battle aimed at stopping his execution. A military appeals court dismissed Gray’s request... 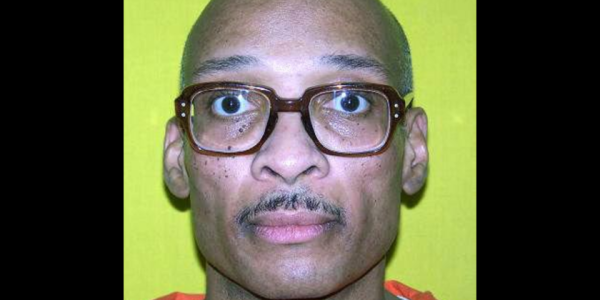 Ronald A. Gray has lost another court battle aimed at stopping his execution.

Gray, a convicted serial killer whose crimes were committed in Fayetteville and on Fort Bragg, had asked the court to review his case as he sought to have his convictions and death sentence vacated.

The Nov. 13 opinion of the U.S. Court of Appeals for the Armed Forces was the latest in a nearly 30-year legal battle over Gray’s case.

Gray is the longest-serving inmate on the military’s death row and is the only current prisoner whose execution has been approved by a president — a requirement before the military can carry out a death sentence.

President George W. Bush approved Gray’s execution in 2008, but a federal court issued a stay of execution to allow Gray to make an appeal.

Late last year, a federal judge removed that stay, potentially clearing the way for the Army to schedule Gray’s death.

The military appeals court, which has heard numerous appeals as part of the Gray case, ruled last month that it did not have the jurisdiction to provide the relief Gray sought in the form of a writ of error coram nobis, a legal order that allows a court to correct a judgment based on the discovery of a fundamental error, which did not appear in the records of the original trial.

Gray’s legal team has argued he was tried while incompetent to stand trial; that he was denied due process when military authorities failed to disclose evidence about his competency during appeal; that his appellate counsel rendered ineffective assistance; that his sentence was the result of racial discrimination; and that the military death penalty violates evolving standards of decency under the Eighth Amendment.

The latest opinion stated that if the court did have jurisdiction, Gray failed to prove those claims and show he is entitled to extraordinary relief.

The court wrote that Gray’s case is final, after years of legal wrangling.

“Appellant has exhausted all of his remedies in the military justice system,” according to the opinion.

Gray has had numerous appeals to the U.S. Court of Appeals for the Armed Forces, the Army Court of Criminal Appeals and various civilian federal courts.

A former Army private, Gray was convicted during two trials. A Fort Bragg court sentenced him to death in 1988, after convicting him of the rape and murder of two women and the rape and attempted murder of a third woman, among other offenses.

A civilian court in 1987 sentenced him to eight life sentences, including three to be served consecutively, after convictions on charges of two counts of second-degree murder, five counts of rape and a number of other offenses all related to different victims.

Gray has been confined at the U.S. Army Disciplinary Barracks at Fort Leavenworth, Kansas, since he was sentenced to death.

If he is executed, it would be the first death sentence carried out by the U.S. military since 1961. An execution would likely take place at the United States Penitentiary in Terre Haute, Indiana — the same facility where, in 2001, terrorist Timothy McVeigh was executed for the bombing of a federal building in Oklahoma City in 1995.

fort bragg
Ronald A. Gray
U.S. Court of Appeals for the Armed Forces