Stolen Valor Will Now Get You Up To A Year In The Slammer, And Other Major UCMJ Changes That Took Effect This Year

Congress passed its most sweeping reforms to the Uniform Code of Military Justice in decades in 2016, but it didn't take effect until Jan. 1 of this year. Here's what you need to know 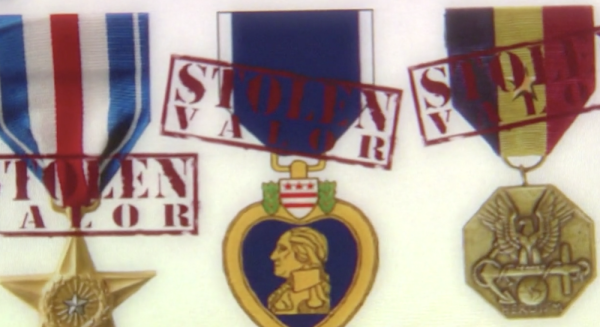 Domestic violence, recruiters having sex with recruits and committing adultery with someone of the same sex are now crimes in the military.

Congress passed its most sweeping reforms to the Uniform Code of Military Justice in decades in 2016, but it didn't take effect until Jan. 1 of this year. Other changes to the military process and offenses, such as domestic violence, were included in the recently passed 2019 National Defense Authorization Act.

Patricia Babb, a spokeswoman for the Office of the Judge Advocate General of the Navy, said she is unaware of anyone who has already been charged with any new crimes so far this year because they're so new. She said the Navy has spent a lot of time educating its attorneys and other officers who can administer punishment about the updates. All new recruits also are taught about the UCMJ once they enter the service.

Here's a look at some of the new laws and how the military says they differ from previous practices.

Anyone who commits a violent offense against a spouse, an intimate partner, or an immediate family member of that person to threaten or intimidate them can now be punished at a court-martial, according to a Navy summary. Domestic violence is already punishable under state law in Virginia. Typically, state and military prosecutors will work together to decide where someone should be charged. But because the UCMJ is a federal law, there is nothing to stop a service member from being charged with crimes by both in unique circumstances.

Adultery has long been a crime in the military but it has been replaced with “extra-marital sexual conduct,” according to the Army. The new offense broadens the definition of sexual intercourse, which now includes same-sex affairs. Previously, prosecutors had to prove traditional intercourse to obtain a conviction for adultery. Now oral sex and other activities are included.

Legal separation also is now a defense against the crime. Previously, service members could be charged with adultery even if they had been legally separated for years but were not divorced, the Army said.

Recruiters, drill sergeants and others in “positions of special trust” convicted of abusing their authority over recruits or trainees now face stiffer penalties, the Army said. Those positions of trust include officers and non-commissioned officers, according to the Air Force.

The maximum sentence was increased from two years to five years of confinement for those in authority engaging in prohibited sexual activities with junior personnel, the Army said.

The penalty for fraudulent use of credit cards, debit cards or other access devices to acquire anything of value has been increased to a maximum of 15 years confinement if the theft is over $1,000.

If the theft is under $1,000 the maximum penalty was increased from five to 10 years confinement, and this crime also includes exceeding one's authorization to use the access device, for example, misusing a Government Travel Card.

Cyberstalking is now included as a stalking offense, which encompasses a broad range of conduct that involves placing another person in fear for their safety, to include fear of sexual assault, the Army said.

Anyone reporting a crime or a protected communication to authorities is protected from retaliation. An adverse personnel action for reprisal can get the person in authority up to three years confinement without pay and a dishonorable discharge, the Army said. The UCMJ also makes it a crime to retaliate against a person who plans to report a crime, according to Air Force summary.

The definition of consent has been clarified to reinforce that submission resulting from the use of force, threat of force, or placing another individual in fear does not constitute consent.

The definition of “sexual contact” was modified to apply only to specific areas of the body, rather than to touching any area with the intent to arouse or gratify the sexual desire of any person, the Army said. The change to the definition clarifies the distinction between sexual harassment and sexual assault. Unless someone makes contact with designated areas of another person's body, it is not sexual assault, according to the Army.