DoD to troops: please try not to catch fire from hand sanitizer

To help prevent the spread of novel coronavirus (COVID-19), officials say you should wash your hands frequently, using hand sanitizer if necessary. Just try not to catch fire 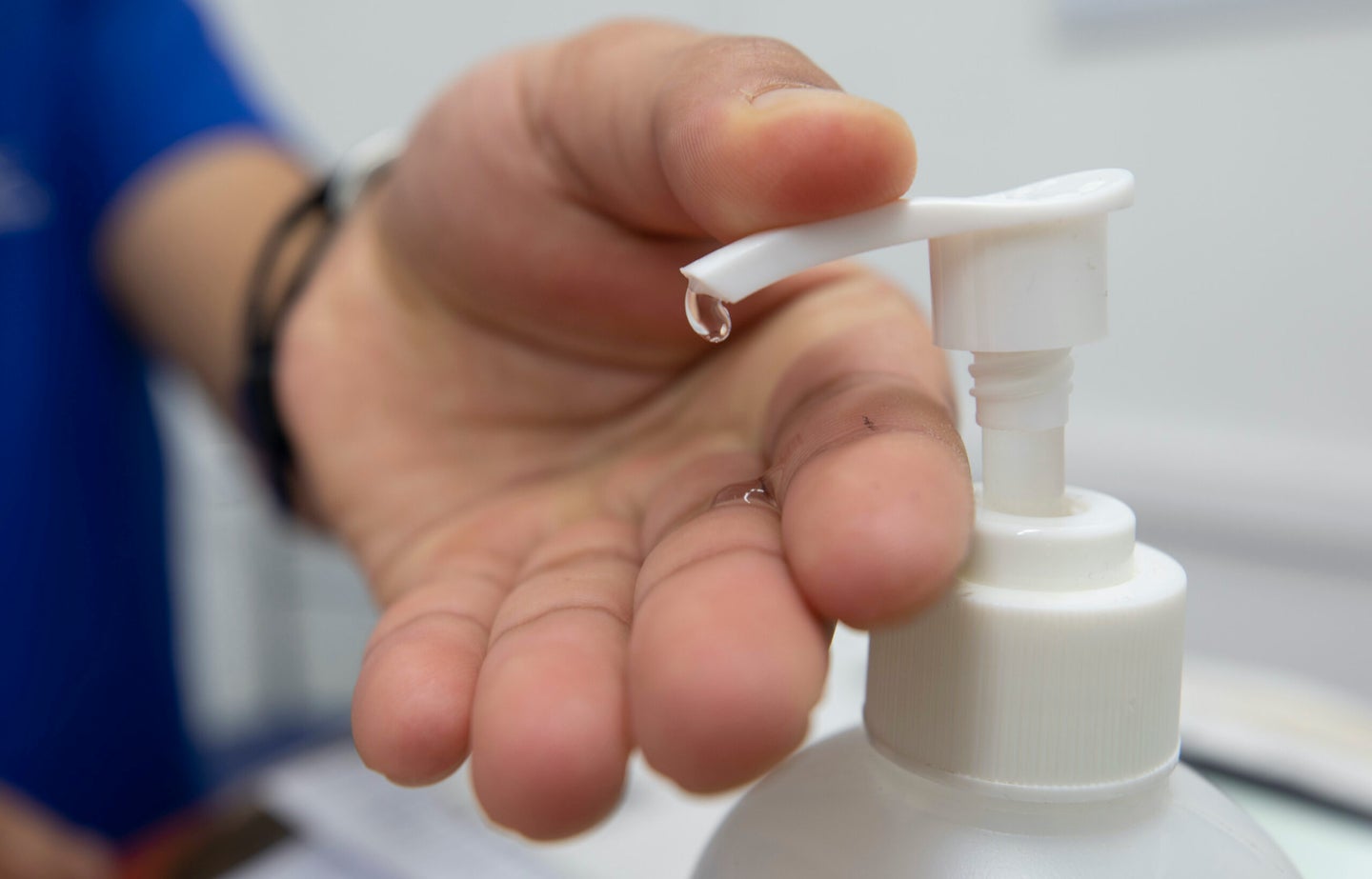 To help prevent the spread of novel coronavirus (COVID-19), officials say you should wash your hands frequently, using hand sanitizer if necessary. Just try not to catch fire.

Even as officials urge troops and their families to take precautions against the novel coronavirus, they warn that hand sanitizers are flammable and should be stored appropriately.

“An employee at the Department of Energy Federal Contractors Group used an alcohol-based hand sanitizer, as advised by hygiene recommendations. Shortly after the application to his hands, but before the liquid disinfectant had evaporated and completely dried, the employee touched a metal surface which [had] accumulated a static electrical charge, resulting in an ignition source. The ethyl-alcohol based disinfectant flashed, resulting in an almost invisible blue flame on both hands,” states a Federal Drug Administration bulletin distributed by the safety office.

“We can never be too cautious. Please exercise vigilance when using these gel sanitizers to ensure it is completely evaporated before touching any metal object and/or other items that often harbor static electricity,” said Ron Ross, safety manager with Fort Jackson's Installation Safety Office.

However, some hand sanitizers pose other risks. The Food and Drug Administration warned in June against the use of sanitizers containing methanol, or wood alcohol, which is “a substance often used to create fuel and antifreeze that can be toxic when absorbed through the skin, as well as life-threatening when ingested.”

A month later, the FDA issued a further warning, citing “an increasing number of adverse events, including blindness, cardiac effects, effects on the central nervous system, and hospitalizations and death, primarily reported to poison control centers and state departments of health.”

It has said it continues to see these figures rise.