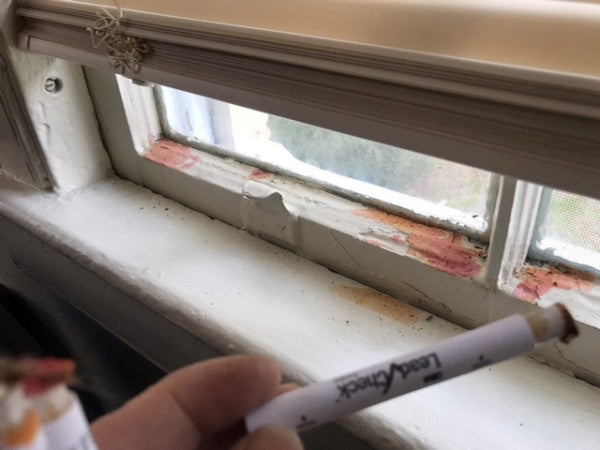 The survey, conducted by the nonpartisan Military Family Advisory Network, found that just 16 percent of respondents had a positive view of their base housing and 55 percent had a negative one. Many families reported unsafe conditions including lead-based paint, rampant mold, exposed asbestos, faulty electrical wiring, vermin infestations and gas leaks.

The results contradict the overwhelmingly positive metrics of resident satisfaction presented in years of Defense Department reports to Congress, which say that nearly 90 percent of tenants polled would recommend privatized military housing.

The Defense Department reports rely on data collected by the private real estate firms that operate base housing in partnership with military branches. The companies' compensation is partly determined by the results of resident satisfaction surveys.

“It has become apparent that there is a disconnect between our findings related to resident satisfaction and what has been reported by privatized housing companies,” the nonprofit military group's report said. “Military families are living in dangerous situations.”

The Department of Defense declined to comment on the survey findings. The military has often credited its privatization program with enhancing living conditions for service families through new construction and renovations. The Defense Department said it is committed to remediating problems.

Around one-third of U.S. military families – some 700,000 people in all – live in privatized housing across more than 100 federal military bases. Whether families choose to live on base or in civilian communities, their rent is covered by DOD housing stipends. The online survey found that many families see little choice but to live in base housing: Rental housing off base can be scarce and costly, and deployments can limit their options.

The survey results will be entered into testimony at the Senate Armed Services Committee hearings scheduled for Wednesday afternoon. Among those slated to testify: Defense Department officials and top executives of five major companies who operate base housing in a public-private portfolio of more than 200,000 family homes. Senators will also hear from military families who will share their own stories.

Army, Navy, Marine Corps and Air Force families living in 46 states with privatized military housing responded to the survey, the organization said. The respondents currently live on base or have in the past three years. Some described respiratory ailments and neurological disorders they blamed on poor water quality, sewage backups, water leaks, toxic soil and shoddy construction.

“Our results show a systemic problem that does not discriminate among location, rank, or branch of service,” the report said.

Families said their concerns are sometimes ignored, or that their landlords or command threatened discipline if they continued to complain.

One California spouse whose husband served in the Marines for 20 years said she had to hire her own environmental firm to confirm mold in the house. The report didn't name her.

Others reported vermin, from black widow spiders to rodents, bats and snakes. “Rats would die in our attic, and they'd only remove them once maggots were falling from the ceiling,” said a survey respondent living in Hawaii.

The Military Family Advisory Network, a support organization that represents service members and their families, said it decided to conduct the survey after hearing from families about housing concerns.

The findings echo a year-long Reuters investigation that found hazards and maintenance lapses in privatized military housing. Service families can be left powerless in disputes with the private landlords who are in business with their military employers. Those landlords, Reuters found, stand to earn billions in fees from 50-year contracts.

SEE ALSO: 'They Don't Have To Live With Us': Lawmakers Demand Answers Over Cockroach-Infested Marine Housing