"Just because your husband is deployed doesn't mean we won't kick you out of housing." 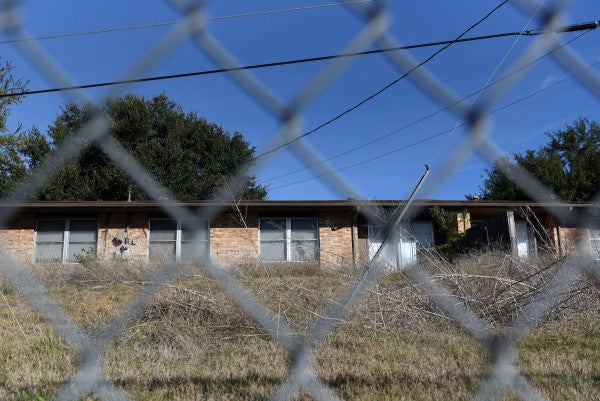 Editor’s note: This article by Rebecca Alwine originally appeared on Military.com, a leading source of news for the military and veteran community

“My house isn't perfect either,” an unidentified garrison commander reportedly told one family member when the military housing safety crisis was the focus of the community. “My windows have condensation on them.”

“My wife and I laugh and talk about how, if one of us didn't clean the tub, of course it would have mold,” a top military official reportedly told another family member. “Clean the tub.”

Those are just two of the quotes from top brass and housing officials published Aug. 11 on Facebook by the Military Housing Advocacy Network (MHAN) as part of an “outrageous” collection of reactions to housing complaints gathered from military families over the summer.

MHAN, founded in 2019 by Army veteran and military spouse Darlena Brown after her sons were exposed to and poisoned by lead in military housing, aims to ensure all military families have safe and adequate housing. The Brown family was the primary source behind the Reuters' “Ambushed At Home” series, which is credited with exposing the toxic conditions in military housing.

Related: 'What the hell happened?' — Lawmakers grill privatized military housing reps on their years of inaction

Since that investigation was first published in August 2018, the Army has sent a series of surveys to residents seeking their feedback on privatized housing. Senior leaders and government officials have toured military housing and held town halls to address issues on many installations. And in 2019, military spouses Janna Driver, Crystal Corwall and Jana Wanner, who is also a MHAN advocate, testified before a Senate Armed Services subcommittee hearing, bringing to light some of these very issues.

House and Senate versions of the 2021 National Defense Authorization Act both contain measures to address military housing problems, including mold mitigation plans and requirements for a series of reports on housing conditions. Lawmakers are expected to approve the final version later this year.

MHAN compiled its new list of officials' reactions by asking readers to submit “the most outrageous things privatized military housing companies have said to them,” it said in the Facebook post. The collected statements were not confirmed by MHAN.

The quotes range from hilariously shocking to shake-your-head-but-not-surprised because you've actually heard people dismiss your concerns in this manner before. They include accusations of enlisted families being dirty people, patronizing words about how military families couldn't possibly understand the difference between mold and dirt, and even blatant disregard for the health of the military kids living in housing.

“Our supervisor told us in our morning meeting not to speak to spouses and only to speak to the military member,” was another quote given to a family member; several other commenters on Facebook said they had been told that as well.

Another spouse was told, “Just because your husband is deployed doesn't mean we won't kick you out of housing.”

“We know this is a safety issue; it's in our 10-year plan to fix it,” was the response one military spouse heard from their privatized housing company.