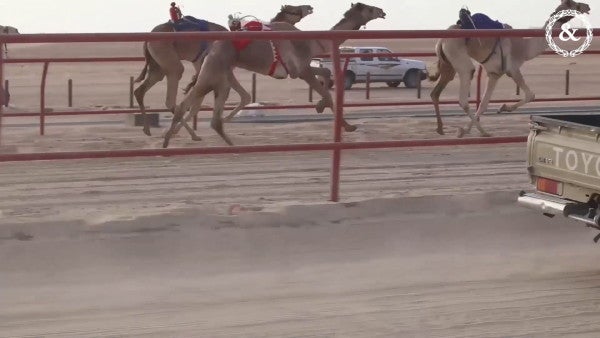 A new U.S. Department of Defense policy appears to disregard safety recommendations drafted by the Environmental Protection Agency for how to handle firefighting chemical contamination in groundwater, drawing criticism from lawmakers and activists who are calling for strict regulation.

Specifically, a DOD memo distributed across military leadership in October sets a “screening level” for the chemicals that is 10 times higher than what the EPA recommended last spring. Such screening levels are used as thresholds to determine whether the military must further investigate and potentially clean a chemical contamination, or whether it can simply disregard it and take no further action.

The chemicals in question are per- and polyfluoroalkyl substances (PFAS), which have been used for decades in firefighting foams at hundreds of military bases across the country. The man-made chemicals are of particular interest in southeast Pennsylvania, where major drinking water contamination has impacted communities near military bases in Warminster, Warrington and Horsham.

Municipal leaders of the three towns have since enacted policies to remove the chemicals below detectable levels in drinking water. But testing has already found the chemicals at elevated levels in the blood of local residents, and health studies are underway. The chemicals have previously been linked by some studies to health effects including high cholesterol, ulcerative colitis, immunotoxicity, developmental effects, and some cancers, although some consider the science incomplete.

The military has spent hundreds of millions of dollars over the past five years to investigate the presence of PFAS at its bases across the country and filter any drinking water supplies where two of the chemicals — PFOS and PFOA — are found above a 70 parts per trillion (ppt) safety limit recommended by the EPA.

But that has left significant PFAS pollution in the environment, particularly in groundwater and soil near military bases. Communities, residents and environmental activists worry the lingering contamination presents an ongoing threat to human health and the environment and municipal budgets, and have pressed unsuccessfully for the military to move more swiftly to clean it up. The military estimates total cleanup costs nationwide will eclipse $2 billion, and appears to be moving cautiously as it studies cost-effective solutions.

The EPA is also under pressure to act. As part of a national PFAS Action Plan, the agency last April released draft recommendations for cleaning groundwater contaminated with PFOS and PFOA. The recommendations, which are not legally binding, proposed screening levels of 40 ppt for PFOA or PFOS.

The EPA argued that number, which is lower than the 70 ppt drinking water level, was warranted because many PFAS are often found together and residents could be exposed to the chemicals through “pathways” beyond drinking water. The EPA wrote the 40-ppt screening level would “ensure (that) contaminated sites are further evaluated rather than prematurely screened out.”

By comparison, groundwater near area military bases routinely eclipses several hundred or even thousands of parts per trillion. The highest level found to date in Pennsylvania, in groundwater beneath the former Naval Air Station-Joint Reserve Base Willow Grove, was more than 300,000 ppt.

In its draft recommendations, the EPA clarified that screening levels are not actual cleanup levels, which instead could be decided on a case-by-case basis. However, the agency developed a “preliminary remediation goal” to clean PFAS in groundwater to 70 ppt and pressed for its use.

“In situations where groundwater is being used for drinking water, EPA expects that responsible parties will address levels of PFOA and/or PFOS over 70 ppt,” the agency wrote.

The DOD appears to be of a different opinion.

A memo signed by Robert McMahon, Assistant Secretary of Defense for Sustainment, and obtained by this news organization addresses the issue. Dated Oct. 15, the memo lists as recipients the top environmental officials with the Air Force, Army, Navy, National Guard and Defense Logistics Agency.

The memo states it provides “clarifying technical guidance” for the investigation of PFAS, and puts forth a 400-ppt groundwater screening level for PFOS or PFOA when they are found individually. That level is 10 times higher than what the EPA draft document recommends in those situations.

However, the DOD memo does advise that when “multiple PFAS” are found, the screening level drops to 40 ppt.

It is unclear what the term “multiple PFAS” means. The memo also references a third chemical, PFBS, and establishes screening levels of 40,000,000 ppt, or 40,000 ppt where multiple PFAS are found. But there are thousands of additional chemicals in the PFAS family beyond the three referenced in the memo.

Further, the memo makes no mention of the EPA's 70 ppt groundwater cleanup goals, or any other specific cleanup level. It only states that if screened through, chemical cleanup levels will be considered on a site-by-site basis.

“Site-specific risk assessment results will be used to determine if any necessary remedial actions are required,” in accordance with federal law, the memo states. “Our goal is protection of human health and the environment in a risk-based, fiscally-sound manner.”

The contents of the memo drew criticism from those pressing the military and EPA to do more.

U.S. Sen. Tom Carper, D-Delaware, has led congressional efforts on PFAS as ranking member of the Senate Environment and Public Works Committee. He said communities across the country are footing the bill for PFAS costs or are “anxiously awaiting” someone to clean the chemicals, and that the military has a responsibility to do so.

“With this document, the Department of Defense appears to be doing more of the same — shirking its responsibility to address PFAS contamination present in concentrations higher than EPA's health advisory levels,” Carper said. “This document proves we're falling far short of providing communities with the assurances they need that the Defense Department will keep them safe from the PFAS contamination its activities caused.”

Betsy Southerland, a former director of science in the EPA's Office of Water who worked on PFAS prior to leaving the agency in 2017, said she suspects the inter-agency differences may be a reason why EPA has not yet finalized its recommendations. She also said it sows confusion, with the DOD appearing to support a 70-ppt limit for drinking water, but not groundwater, as the EPA recommends.

“DOD has been confusing everyone by saying they support drinking water utilities ensuring tap water meets the (health advisory) for both PFOA and PFOS, either singularly or in combination,” Southerland said. “However, DOD is indicating with this guidance they will only evaluate groundwater (case-by-case), so they will never use 70 ppt.”

“This is to protect the public, who may be using groundwater as drinking water, from exposure to contaminates,” Carluccio said. “It makes no sense for the DOD to employ a screening level that would potentially result in human health harm and, on the face of it, this DOD guidance should be a violation of EPA's guidance.”

Carluccio also said the issue highlights a need for specific, enforceable regulation of PFAS. The absence of such regulation allows entities like the military to address PFAS “by the seat of their pants,” Carluccio said.

“The gravity of the cleanup challenge before DOD requires a federal rulemaking with a comprehensive set of standards for all environmental media,” Carluccio said.

Questions sent to a DOD spokesperson for this story via email on Nov. 6 were not returned as of deadline.

Molly Block, an EPA spokeswoman, did not provide comment on several questions, including whether the agency approves of the use of the 400-ppt screening level, or is comfortable with the lack of commitment by DOD to clean groundwater to 70 ppt. She cited EPA practice “not to make specific comments on another agency's internal guidance,” and further said the EPA can't comment because its recommendations remain in draft form.

“Please note that EPA Groundwater Recommendations guidance is still a draft document,” Block said. “Because it has not been released as a final document, EPA cannot provide a response referencing specific numbers or potential actions.”

Block said the EPA anticipates finalizing its groundwater guidance late this year or in early 2020.

However, Block did say the EPA was made aware of the document on Oct. 21 — six days after it appears to have been sent across DOD leadership — and did not play a role in its creation.

“EPA was not asked to review or consult on its development,” Block said.