Man Who Impersonated Army General, Picked Up A Date In A Helicopter Sentenced

Christian Desgroux, the North Carolina auto mechanic who posed as a U.S. Army general and piloted a helicopter to the... 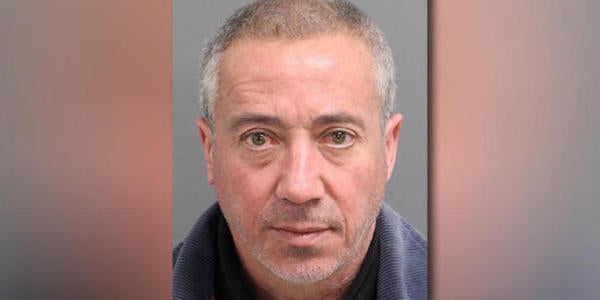 Christian Desgroux, the North Carolina auto mechanic who posed as a U.S. Army general and piloted a helicopter to the SAS campus in Cary to impress a woman, received a 6-month sentence in federal prison Tuesday, federal prosecutors said.

U.S. District Judge Terrence Boyle handed down the sentence in Raleigh after Desgroux’s guilty plea in June. The 58-year-old was also sentenced to a year of supervised release.

In February, an agent with the Department of Homeland Security testified Desgroux took a helicopter to SAS headquarters in November, wearing a battle dress uniform and identifying himself as an Army lieutenant general. He told security officers that he was picking up a female employee on orders of President Trump.

While at the SAS campus in Cary, Desgroux told security officers that he had come to take the woman to a classified meeting at Fort Bragg, then flew away with her for approximately 30 minutes before returning to Cary, agent Tony Bell said.

When he later interviewed the employee, Bell testified, she said she assumed Desgroux, then 57, was trying to impress her and start a romantic relationship.

“She said they did nothing,” Bell said in February. “They flew around for 30 minutes. She had no idea he was flying a helicopter to pick her up.”

Bell testified that Desgroux had chartered the helicopter out of Charlotte and told the pilot he had authorization to land at SAS. When it touched down on the software company’s soccer field, Bell said, Desgroux immediately jumped out wearing a uniform and combat patches and three stars, though he had never served in the U.S. Army.

“He saluted the security officers,” Bell said. “They actually saluted him back.”

The woman later told Bell that she had known Desgroux for about 20 years. She knew he was coming to SAS that day but expected him to come by car. They were planning to meet an attorney, Bell said, apparently to seek a patent about a prototype Desgroux had been developing.

But the woman told Bell that Desgroux had been having marital problems and must have assumed she had similar issues because she and her husband live apart.

Bell interviewed the pilot, who said he and Desgroux flew to Durham to refuel after dropping the employee back at SAS. Desgroux told the pilot that he wanted to take a future trip to the Pentagon, Bell said.

Their flight to SAS was the second Desgroux had chartered. Earlier in 2017, Desgroux chartered a helicopter to Jacksonville – again wearing an Army uniform – and had the pilot land at a KOA Kampground so he could meet briefly with a woman there. On that trip, Bell said, Desgroux stated his desire to land a helicopter on an aircraft carrier in Norfolk. He also described himself as a pilot who had flown Apache helicopters during the Gulf War.

Desgroux was born in Chile and became a U.S. citizen in 2016, Bell said. He came to the United States in 1978, moved to Raleigh in 1980 and has had legal status for his entire stay.

He has worked as a mechanic out of his garage on Mt. Vernon Church Road in far north Raleigh, not far from Falls Lake.