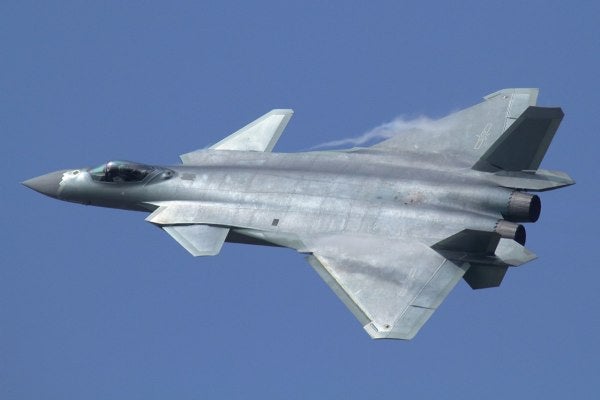 A mysterious photograph that surfaced last week appeared to show China's top stealth fighter sitting at a US military airbase in Georgia.

The apparent Chengdu J-20 Mighty Dragon was spotted at Savannah-Hilton Head Airport last Wednesday, The Aviationist reported, citing a photo provided by an unnamed source. The US Air Force confirmed Sunday the existence of the aircraft.

What Appears To Be A Fake Chinese J-20 Mighty Dragon Allegedly Spotted At U.S. Base https://t.co/Yp5Z5JJoNi pic.twitter.com/rx8Aj9PNoN

“It is a full-scale replica,” Col. Emmanuel Haldopoulos, Commander of the Savannah Air Dominance Center,explained to The Aviationist, further explaining that the US Marine Corps “is funding and directing the training objectives of this device.”

The training tool was located at the Savannah Air Dominance Center from Dec. 4 to 6. The exact purpose of the replica is not publicly known.

The initial photograph caused a lot of speculation, with some observers suggesting that the photo was doctored and others guessing that the aircraft was a movie prop. That the mock aircraft is real and serves as a training tool for Marines suggest that the US is taking Chinese defense developments quite seriously, The Aviationist posited.

The focus of the 2018 National Defense Strategy is great power competition, specifically the challenges posed by Russia's resurgence and China's rise in Asia.

An increasingly-capable platform, one really only held back by its engine, the Chinese J-20 has the ability to carry out air superiority, intercept, and long-range strike missions. With exceptional endurance, it offers China the ability to better project power in its home region.

The Chinese stealth fighter recently showed off its arsenal of missiles at an airshow in southern China.

The J-20's chief designer says the world has yet to see the best that the aircraft has to offer, although it is unclear if this is reality or hype. Regardless, the US military is actively taking steps to maintain overmatch in the face of Chinese and Russian defense developments.