A unit of UK infrastructure giant Balfour Beatty plc falsified housing maintenance records at a major U.S. military base to help it maximize fees earned from the Department of Defense 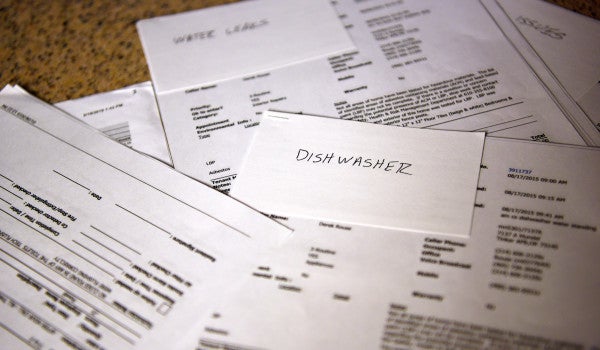 At Tinker Air Force Base in Oklahoma, the company's U.S.-based unit used a second set of books and altered records to make it appear responsive to maintenance requests, Reuters found in a review of company and Air Force emails, internal memos and other documents, as well as interviews with former workers.

The practice boosted the company's apparent performance at completing work on time, making it eligible to receive bonus fees from the Pentagon while persuading Air Force brass to ignore warnings from military base employees. The maintenance delays left tenants exposed to environmental hazards, residents said, such as asbestos, mold and sewage.

Balfour Beatty Communities, the U.S. unit that manages housing on military bases for the Pentagon, said in a statement that one employee acted “improperly” in 2016 and that the problems were not widespread. Since then, the company said, it has worked with the Air Force to strengthen its maintenance process.

“As an organization, BBC has not and does not condone the falsification of records in any way,” the company said in a statement.

John Henderson, the Air Force assistant secretary for installations, said AFCEC took the accusations seriously and since late last year has withheld all incentive fees from Balfour Beatty at Tinker and two other of the company's bases. He said “allegations of fraud” were referred to the Air Force Office of Special Investigations and the Federal Bureau of Investigation in 2017.

The Air Force Office of Special Investigations does not discuss investigations, said a spokesperson. But she added: “Conversations are still taking place” with the U.S. Department of Justice “about what avenues (criminal or civil) – if any – can be pursued against Balfour Beatty.”

Balfour Beatty earns $33 million in annual profit through its U.S. military housing activities. The incentive fees alone on those operations are worth about $800 million over the life of the 50-year contracts the company holds for 43,000 homes on 55 Air Force, Navy and Army bases, Reuters calculates.