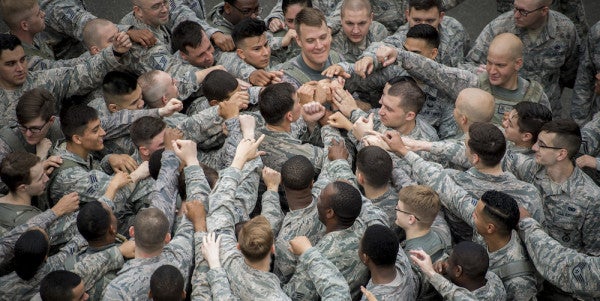 President Donald Trump's first budget proposal included a 2.1 percent pay increase for military troops in fiscal 2018 — the same as was recently approved by Congress for the current year.

The pay request topped the proposal by the administration of President Barack Obama for a military pay hike of 1.6 percent for the fiscal year beginning October 1.

Even so, Trump's overall spending plan appeared to fall far short of his campaign pledge to fund a “historic” rebuilding of the military.

Lawmakers from both sides of the aisle said the Defense Department baseline budget proposal of $603 billion for fiscal 2018 unveiled on Tuesday by the White House Office of Management and Budget didn't offer significantly more than Obama had initially proposed for the same period and would face a major overhaul in the House and Senate.

Sen. John Cornyn (R-Tex) told reporters that presidential budget proposals were often “dead on arrival” in Congress and “I think (Trump's) may find a similar fate.”

“The 2.1 pay raise proposal would translate into about $50 more per month for enlisted troops with four years of service and about $115 a month for officers with six years,” according to Military Times.