Coronavirus has forced the military to restrict the movement of thousands of troops in the regions most exposed to the virus: Asia, Europe and the Middle East. 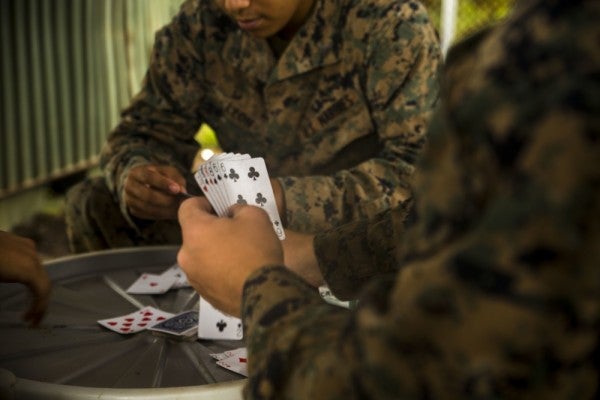 WASHINGTON (Reuters) – The fast-spreading coronavirus has forced the U.S. military to restrict the movement of thousands of personnel in the regions overseas most exposed to the virus: Asia, Europe and the Middle East, U.S. military commands tell Reuters.

Reuters has learned that there are more American troops under special restrictions — including quarantine — elsewhere. But the military commands that operate in Latin America and Africa declined to disclose their data.

Almost 10,000 personnel in Asia, Europe and the Middle East are under restrictions, illustrating the challenges facing the Pentagon as it seeks to prevent an erosion of military readiness even as big chunks of the force are locked in place. The forces are either in isolation, quarantine or under some other restriction of movement.

The number is still a small fraction of the hundreds of thousands of U.S. military personnel in Asia, Europe and Middle East.

U.S. Army General Mark Milley, chairman of the Joint Chiefs of Staff, told a Pentagon virtual town hall that he expected there could be a low or even moderate impact on U.S military readiness for a conflict or crisis, “based on the numbers so far.”

“This could change. We'll have to assess it, and we are assessing it frequently,” Milley said.

Each time a U.S. Marine, sailor, soldier or any other service member is identified with the virus — and 227 have as of Wednesday morning — the U.S. military seeks to isolate that person and anyone who has had contact with him or her.

The Pentagon has canceled military exercises and put in place several restrictions on personnel, whether they have the virus or not. They are not allowed to travel through or from high-risk countries around the world and all domestic U.S. travel has been halted. The U.S. military has also restricted access to the Pentagon building, including barring anyone who has traveled internationally in the past 14 days.

More than 420,000 cases of coronavirus have been reported across 196 countries, according to a Reuters tally on Tuesday. About 19,000 deaths are linked to the virus, which causes a flu-like respiratory illness.

As of last week, the U.S. military had restricted the movement of nearly 5,500 personnel in the Pacific region, a U.S. official told Reuters.

Lieutenant Commander Nicole Schwegman, a spokeswoman for U.S. Indo-Pacific Command, said those affected were not suspected of having the virus but had traveled from high-risk countries.

Schwegman said that the 5,500 included a little over 1,700 personnel from U.S. Forces in Korea and Japan as of March 19.

The military's Central Command, which oversees activities across the Middle East, said more than 1,500 service members in its areas overseas were quarantined “in accordance with World Health Organization's (WHO) guidelines and pre-deployment screening protocols.”

Navy Captain Bill Urban, a command spokesman, said that in addition to those service members, approximately 30 service members were in isolation, “due to travel through at-risk locations and showing symptoms consistent with COVID-19.”

In addition, more than 100 personnel at Central Command headquarters in Tampa, Florida, were in self-quarantine “due to either travel through at-risk locations or possible contact with someone confirmed to have COVID-19.”

The numbers for Asia and the Middle East have not been previously reported.

The U.S. military said last week that some 2,600 U.S. military personnel in Europe, including civilians, were in self-isolation after being identified as people of concern during the coronavirus outbreak.

The U.S. military is allowing local commanders some flexibility in dealing with the virus, with some service members reporting meetings and activities that would otherwise appear to violate social distancing norms.

U.S. military commands are also deciding for themselves what they want to communicate — or not communicate — about the impact caused by the coronavirus pandemic.

At the Germany-based Africa Command, spokesman Air Force Colonel Christopher Karns said broadcasting quarantine numbers could “be used by adversaries to their advantage” and unnecessarily increase anxiety among U.S. forces.

A spokesman for U.S. Southern Command said it prefers not to provide specific numbers on restricted travel, quarantine and self-isolation “because the numbers continue to change from day to day as a person's status changes.”

During the townhall, one of the personnel from Camp Lejeune in North Carolina asked what the message was for troops and families affected by quarantine restrictions and stop movement orders.

“What we're trying to do, again, is limit movement. We're trying to make sure we curtail the spread of the virus by folks going abroad or coming back home from overseas,” Esper said.