The U.S. military disrupted the internet access of a Russian troll farm accused of trying to influence American voters on Nov. 6, 2018, the day of the congressional elections, The Washington Post reported on Tuesday 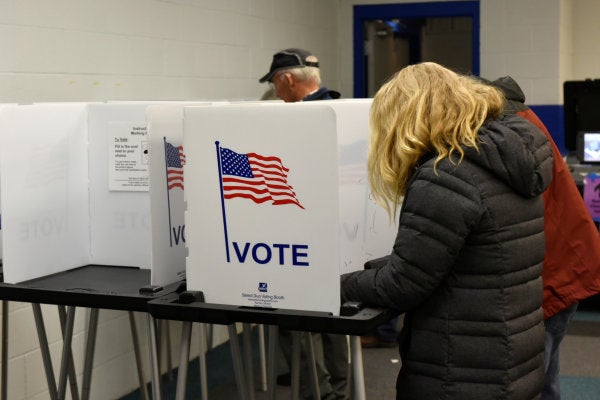 WASHINGTON (Reuters) – The U.S. military disrupted the internet access of a Russian troll farm accused of trying to influence American voters on Nov. 6, 2018, the day of the congressional elections, The Washington Post reported on Tuesday.

The group is a Kremlin-backed outfit whose employees had posed as Americans and spread disinformation online in an attempt to also influence the 2016 election, according to U.S. officials.

“They basically took the IRA (Internet Research Agency) offline,” the Post quoted one person familiar with the matter as saying. “They shut 'em down.”

The Pentagon's cyber warfare unit, which works closely with the National Security Agency, had no comment on the report. Cyber Command's offensive operations are highly classified and rarely made public.

The Internet Research Agency was one of three entities and 13 Russian individuals indicted by Special Counsel Robert Mueller's office in February 2018 in an alleged criminal and espionage conspiracy to tamper in the U.S. presidential race in a bid to boost Trump and disadvantage his Democratic opponent Hillary Clinton.

Prosecutors said the agency is controlled by Russian businessman Evgeny Prigozhin, who U.S. officials have said has extensive ties to Russia's military and political establishment.

Prigozhin, also personally charged by Mueller, has been dubbed “Putin's cook” by Russian media because his catering business has organized banquets for Russian President Vladimir Putin.

Since those indictments, the breadth of the troll farm's activities have come to light. A report by private experts released to the Senate Intelligence Committee said the Internet Research Agency has tried to manipulate U.S. politics for years and continues to do so today.

The report, by an Oxford University team working with analytical firm Graphika, said Russian trolls urged African-Americans to boycott the 2016 election or to follow wrong voting procedures, while also encouraging right-wing voters to be more confrontational.

Since Donald Trump was elected president, the report said, Russian trolls have put out messages urging Mexican-American and other Hispanic voters to mistrust U.S. institutions.

SEE ALSO: US Cyber Command Is Reportedly Sliding Into The DMs Of Russian Trolls

WATCH NEXT: Russia Shows Off Its Newest Laser Weapon