Sexual assaults in the military are on the rise. This bill would authorize Congress to intervene

Congress could intervene in legal cases on behalf of military members who have been sexually assaulted under a new bill co-sponsored by a bipartisan group of lawmakers led by Rep. Brian Mast. 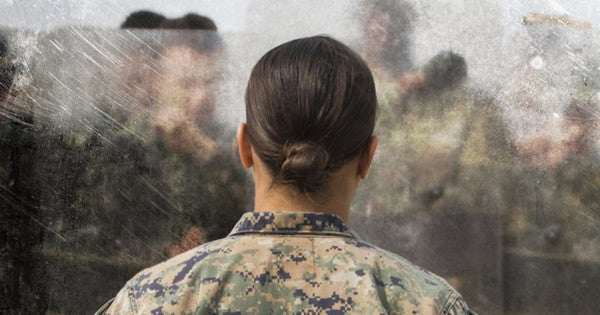 WASHINGTON — Congress could intervene in legal cases on behalf of military members who have been sexually assaulted under a new bill co-sponsored by a bipartisan group of lawmakers led by Rep. Brian Mast.

The Florida Republican in late April introduced “Harmony's Law,” named after his constituent Harmony Allen, who was raped by an instructor just three months after joining in the U.S. Air Force in 2000.

The bill takes steps to remedy the impact of a U.S. military appeals court ruling last year that could overturn sexual assaults occurring before 2006 and prosecuted after a new five-year statute of limitations expired, lawmakers say.

But the bill proposed by Mast does not eliminate the statute of limitations for sexual assault in the military.

Instead the bill reads: “It is the sense of Congress that the passage of time should not bar the prosecution of rape or sexual assault under the Uniform Code of Military Justice.”

The bill simply authorizes the Office of General Counsel of the House of Representatives to file an amicus brief in any case in which U.S. v. Mangahas is invoked in a defendant's appeal.

The ruling in U.S. v. Mangahas reversed a legal precedent, which held that sexual assault in the military has no statute of limitations. The ruling came in February 2018, just as the #MeToo movement was encouraging more women to report sexual assaults they may have hesitated to report for years for fear of retaliation.

Allen's assailant was found guilty in 2017 and sentenced to more than 16 years in prison. That sentence was overturned under the new ruling, Treasure Coast Newspapers reported.

The bill comes as members of the military have reported a spike in sexual assaults, especially young women, according to a confidential survey released by the Pentagon in February 2019.

More than six percent of active duty women say they have experienced a sexual assault in the past year — the highest rate since 2006, when the Pentagon first instituted policies to encourage greater reporting.

Women from the ages of 17 to 24 were especially vulnerable. And only a third of respondents who experienced sexual assault reported it, the survey indicated.

Allen said she believes the spike is related to the new five-year statute of limitations in some sexual assault cases in an interview with CNN.

“The stats are back up. The conviction rate is back down. And I'm like, yeah, I wonder why,” Allen said.

Mast served in the Army for a decade, and briefly volunteered with the Israeli Defense Force.

SEE ALSO: 'Continuum Of Harm': The Military Has Been Fighting Sexual Assault In Its Ranks For Decades, But Women Say It's Still Happening

WATCH NEXT: Sen. Martha McSally Says She Was Raped By A Superior Officer During Air Force Service