A day after suggesting that his threat of meeting North Korea with “fire and fury” may not have been “tough... 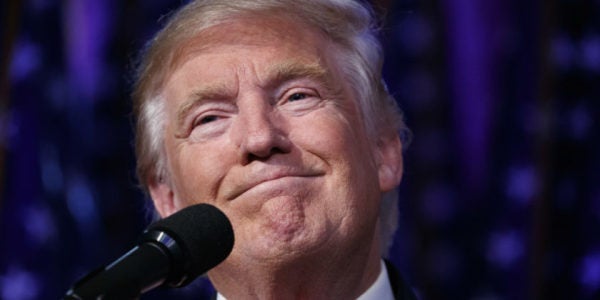 A day after suggesting that his threat of meeting North Korea with “fire and fury” may not have been “tough enough,” President Donald Trump on Friday issued another threat against the country.

Tensions between the US and North Korea have heated up dramatically this week, with charged rhetoric from both sides. Trump made his “fire and fury” remark Tuesday, urging North Korea to stop its provocations against the US.

“He has been very threatening beyond a normal state,” Trump said of North Korean Kim Jong Un on Tuesday. “As I said, they will be met with fire, fury, and frankly power, the likes of which this world has never seen before.”

North Korea responded by threatening a missile strike on Guam and subsequently detailed a plan to launch nuclear-capable missiles near the island.

Trump addressed North Korea's threat on Thursday, saying Kim had “disrespected our country greatly — he has said things that are horrific.”

“And with me, he's not getting away with it,” Trump said. “It's a whole new ball game.

“He does something in Guam, it will be an event the likes of which nobody's seen before, what will happen in North Korea,” the president continued. “You'll see, and he'll see. It's not a dare — it's a statement.”

Experts who have spoken with Business Insider say the North Korean statement announcing intentions to fire missiles near Guam was full of conditional statements and possibly a bluff.