Many spouses of military personnel returning from the U.S.’s Ebola response efforts in West Africa are not pleased with Defense... 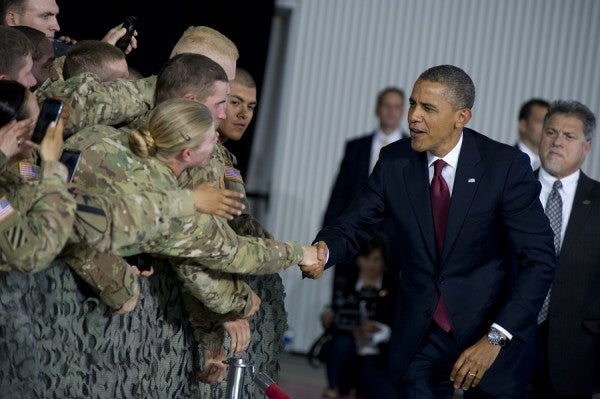 Many spouses of military personnel returning from the U.S.’s Ebola response efforts in West Africa are not pleased with Defense Secretary Chuck Hagel’s new directive to quarantine them for 21 days, or President Barack Obama’s remarks on the matter.

According to reporting from Kristina Wong, defense writer for The Hill, Obama indicated that because military personnel were assigned to the medical mission, the government had more recourse to institute a mandatory quarantine than it would for civilian medical workers. In response, military spouses decried the remarks, saying that service members were just as much volunteers as the civilians working to combat Ebola in West Africa.

Rebekah Gleaves Sanderlin, a board member of the Military Family Advisory Network, told The Hill, “The President's comments on the differences between the quarantine policies for members of the military and civilian volunteers seemed to dismiss the fact that every member of military has, indeed, volunteered to serve.”