The Defense Department is considering bringing back "stop-loss" orders as a last resort to keep troops in the ranks past their separation dates in the ongoing fight against the novel coronavirus, according to Pentagon officials 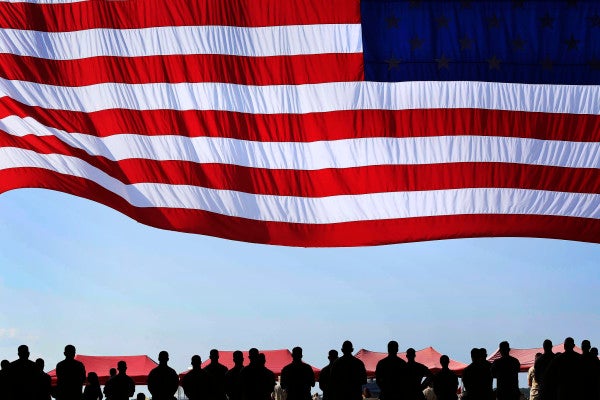 The Defense Department is considering bringing back “stop-loss” orders as a last resort to keep troops in the ranks past their separation dates in the ongoing fight against the novel coronavirus (COVID-19), according to Pentagon officials.

The possibility that the drastic step of employing stop-loss, first reported by The Washington Times, is even being considered underlines the growing strain on the military in ramping up efforts to assist in battling the pandemic.

There have been no formal recommendations to consider stop loss thus far, Pentagon spokeswoman Lisa Lawrence said in a statement.

“Given the impact of the COVID-19 pandemic on the nation as a whole and on the military's ability to recruit and train new service members, the Department is looking at a wide range of options on maintaining readiness,” she added. “While there are many options, stop-loss is one that would only be considered if absolutely necessary and is an alternative that we will work diligently to avoid.”

The U.S. military used stop-loss authorities broadly following the Sept. 11, 2001 terror attacks and subsequent campaigns in Afghanistan and Iraq. In 2009, then-defense secretary Robert Gates announced a plan to end the use of stop-loss almost entirely by 2011, saying its continued use amounted to “breaking faith” with troops.

This story will be updated