Military stop-movement orders to be lifted immediately at some bases 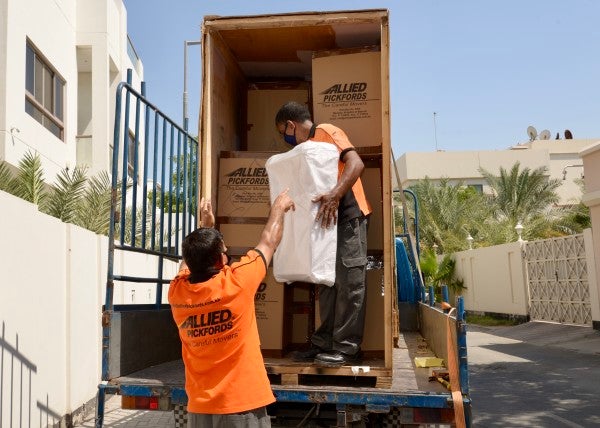 Editor’s note: This article by Richard Sisk and Amy Bushatz originally appeared on Military.com, a leading source of news for the military and veteran community

The stop-movement order in effect for military families on permanent change-of-station moves, originally set to run through June 30, will be lifted in stages, with some installations to begin accepting transfers immediately, Pentagon officials said Tuesday.

At select installations stateside that have met White House and Centers for Disease Control and Prevention guidelines on preventing COVID-19, commanders will be able to “go green immediately” on PCS moves, said Matt Donovan, under secretary of defense for personnel and readiness.

The installations approved for immediate lifting of restrictions and travel and permanent changes of station would be listed in a classified document Tuesday night and named publicly as early as Wednesday, Donovan said.

He and Lisa Hershman, the Pentagon's chief management officer, said that, overall, the lifting of the stop-movement restrictions would depend on local conditions, both stateside and overseas.

Donovan cited the example of the Army's Fort Campbell, which straddles the Kentucky-Tennessee border, saying the installation commander would have to gauge whether local conditions in both states have been met.

Esper issued the stop-movement order on travel in March and on April 20 extended it to June 30, but thousands of exceptions have been approved for individual cases.

“So those are the families who have been approved or authorized to move, if conditions allow,” Rick Marsh, director of the Defense Personal Property Program for U.S. Transportation Command, said at a May 6 Pentagon briefing.

The overall travel restrictions will be lifted in five phases, mostly dependent on local conditions stateside and overseas and on bases themselves, said Jonathan Hoffman, the Pentagon's chief spokesman.

Both Hershman and Donovan said that there was no timeframe for going through the five phases on lifting restrictions — it was all dependent on local conditions and the decisions of installation commanders stateside and Combatant Commanders overseas.

Donovan said there were “two overarching [sets of] factors” to be considered in easing the travel and permanent change of station restrictions: first, state and local criteria on protection against COVID-19, and White House guidance on “reopening America.”

A second set of factors included conditions on the installations themselves, testing capabilities and the availability of essential services such as schools and hospitals, Donovan said.

“It's not date-related, we're looking at the conditions,” Hershman said.

The Pentagon building itself and other facilities on the Pentagon reservation have remained open, but entrances have been restricted and those reporting to work have been required to wear face masks and observe social distancing.

Hershman said that the move by Defense Secretary Mark Esper to ease the conditions for opening facilities will also apply to the Pentagon building itself and other facilities on the Pentagon reservation.

She said that the basic requirement for reopening moves at the Pentagon will be Northern Virginia and the District of Columbia showing a downward trend in coronavirus cases that continues for at least 14 days.

About two-thirds of the Pentagon's workforce of more than 20,000 has been teleworking during the pandemic. Hershman said the Pentagon was looking to set conditions that would “enable their return in a controlled and steady manner,” but there was no timeframe.

She also said many in the Pentagon's workforce could be allowed to continue teleworking.

“That's something we're considering. We're encouraging the leadership to do what makes sense.”

Service members who move themselves instead of relying on a government-contracted moving company will also be paid more, effective immediately, as part of a temporary incentive, according to new guidance released by TRANSCOM Tuesday.

Typically, troops who move themselves as part of a Personally Procured Move (PPM), also known as a DITY, are reimbursed 95% of what the government would pay a contracted moving company. The new authority increases that reimbursement by 5%, putting it on par with what the moving company would be paid.

“This item revises Joint Travel Regulations … to temporarily authorize a monetary allowance that is equal to 100% of the Government's 'Best Value' for personally procured moves due to COVID-19,” the guidance states.

The increase will be available for moves May 26 through December 31. The proposal, first floated by Army officials in late April, aims to clear out a backlog of PCS moves created by the Defense Department's global stop-movement order.