Military service members who are at risk for suicide may be less likely to attempt to harm themselves when they receive supportive text messages, a U.S. study suggests 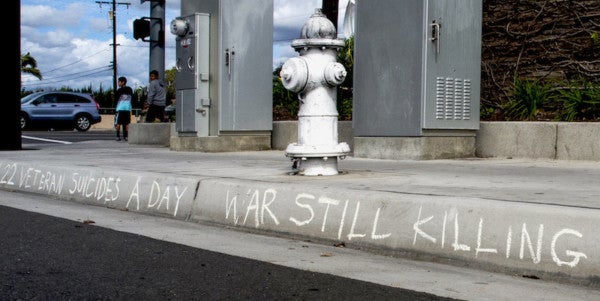 (Reuters Health) – Military service members who are at risk for suicide may be less likely to attempt to harm themselves when they receive supportive text messages, a U.S. study suggests.

Soldiers in the study had all received behavioral health services for considering or attempting suicide in the past, and all were on active duty, in the Reserve or in the National Guard. They all received standard treatments like medication or psychotherapy as needed; half of the 650 participants were also randomly assigned to received occasional texts with messages like “hope you're having a good day.”

“Social disconnection is one of the strongest and most established risk factors for suicide,” said study co-author Amanda Kerbrat, a psychiatry and behavioral health researcher at the University of Washington in Seattle.

“This approach responds to this need in a way that is both effective and feasible,” Kerbrat said by email.

The texting initiative, called Caring Contacts, involved a series of 11 text messages sent on day 1, at week 1, and then monthly as well as on participants' birthdays. This schedule didn't vary based on whether people exhibited suicidal behavior, and the messages were not designed to require any reply.

“We are not waiting for them to reach out to health care – Caring Contacts thus offers support that is not contingent on what the recipient does or does not do,” Kerbrat said. “Clinicians were often just engaging in a brief, positive exchange about how a service member's day was going.”

Over the year, 21 of 233 service members who received texts and completed the study attempted suicide, as did 34 of the 228 people who only got standard care.

However, there was no meaningful difference between the groups in how often participants were hospitalized, required medical evacuations or how likely people were to report current suicidal thoughts in interviews at 6 and 12 months.

One limitation of the study is that only 70 percent of participants stuck with it through the final assessments, researchers note in JAMA Psychiatry. The study was also limited to service members who had discussedsuicide with a clinician, and results might be different for military personnel who don't seek help for suicidal thoughts, the study authors point out.

Because the total number of suicide attempts was low, it is hard to draw broad conclusions about how effective texts may have been at reducing these episodes, they add.

It's also possible that the study had mixed results because the texts didn't make a meaningful difference in how socially connected service members felt, Dr. Murray Stein of the University of California, San Diego and colleagues write in an accompanying editorial.

“One wonders if active-duty military personnel and reservists, who are embedded in a rich social milieu that, if nothing else, is hardly isolating, are likely to have their perceptions of belongingness altered by 11 text messages over a year,” Stein and his coauthors write.

Moreover, restricting access to firearms has been found in previous research to be among the most effective tools for reducing deaths by suicide, they note.

“The results are not necessarily surprising, but they highlight the complexity of the problem, limited expectations of any single intervention, and the importance of considering multi-modal strategies,” Hoge said by email.

SEE ALSO: The Suicide Contagion: How The Effort To Combat Veterans' Suicide May Be Making It Worse