Deaths by suicide began increasing in the spring, according to the Associated Press. 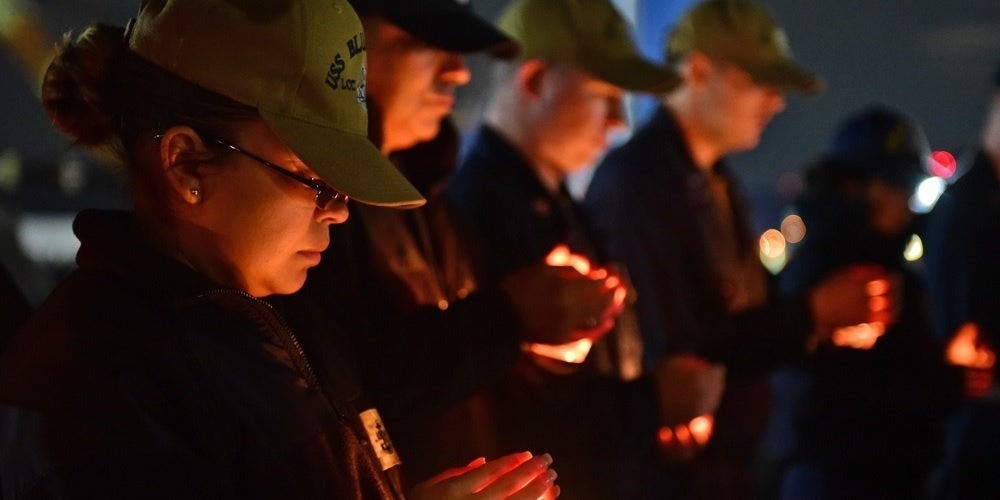 The military is seeing a roughly 20% increase in deaths by suicide so far in 2020, and that includes a 30% increase in active-duty soldiers who have died this year, the Associated Press has reported.

As of Aug. 31, a total of 114 active-duty soldiers had died by suicide in 2020, compared with 88 deaths by this time last year, Associated Press reporters Lolita Baldor and Robert Burns first revealed. The Army National Guard is also reporting 86 deaths by suicide for the same time period – a roughly 10% increase from the 78 deaths in 2019. Army officials confirmed to Task & Purpose that the figures cited by the Associated Press are accurate.

While the reasons why people die by suicide are varied and often include problems with personal relationships, the numbers of suicide deaths in the military began increasing in the spring when the novel coronavirus (COVID-19) pandemic struck, according to the AP.

“I can’t say scientifically, but what I can say is – I can read a chart and a graph, and the numbers have gone up in behavioral health-related issues,” Army Secretary Ryan McCarthy told the Associated Press in an interview.

The Pentagon’s official statistics for suicide deaths are months out of date. The Defense Suicide Prevention Office provides quarterly reports with data on suicide deaths by service, but the most recent report only covers the first quarter of 2020, which ended on March 31.

The report for the second quarter has not been published yet, said Pentagon spokeswoman Lisa Lawrence.

Air Force Chief of Staff Gen. Charles “CQ” Brown Jr. sounded the alarm about rising suicide deaths in 2020 when he recently said that 98 airmen had died by suicide so far this year.

Brown warned that if the current trend continues, the Air Force could end 2020 with roughly the same number of deaths as in 2019, when 82 active-duty airmen, 15 members of the Air National Guard, and 13 reservists died by suicide, according to Defense Department figures.

Brown told reporters on Sept. 16 that isolation caused by COVID-19 could be one reason for the high number of suicide deaths in 2020.

He added that about 45% of Air Force deaths by suicide are connected to relationship issues.

Of the airmen who have died by suicide so far this year, 11 were in the Air National Guard and eight were in the Air Force Reserve, service officials told Task & Purpose.

“While a decrease from this time last year, there remains an emphasis among squadron commanders and senior enlisted leaders to stay connected with airmen through the challenges of the COVID-19 telework/virtual environment and the tyranny of distance, as many reservists do not live close to their supervisors, Horine told Task & Purpose.

Since the COVID-19 pandemic began, the Air Force Reserve has allowed its airmen to schedule virtual appointments with mental health professionals, Horine said.

The Air Force Reserve has converted 30 first sergeants to active-duty and added 10 full-time chaplains to its host wings in order to make sure that reservists have access to a variety of resources to help with their physical, mental, and spiritual health, Horine said.

Commanders are also using video vignettes to allow airmen to talk about their wellbeing and wings are continuing to hold resiliency events or use “tactical pauses’ to emphasize the importance of good mental health in preventing deaths by suicide, she said.

“One of the tools the command uses is master resiliency trainers,” Horine said. “There are currently more than 100 across Air Force Reserve Command who are utilizing virtual platforms to connect to airmen.

As of Aug. 31, the Navy had reported that 43 active-duty sailors and 10 reservists had died by suicide, said Cmdr. David Hecht, a spokesman for the Chief of Naval Personnel.

No data was immediately available on the number of sailors who had died by suicide at this time last year.

The Marine Corps would only provide data included in the most recent Defense Department Quarterly Suicide Report, which showed that 14 active-duty Marines and two reservists died by suicide between Jan. 1 and March 31, said Corps spokeswoman Capt. Casey Littesy.

Corps officials said they cannot release further suicide data for 2020 until the Defense Department publishes its report for the second quarter of 2020.

In 2019, a total of 47 active-duty Marines and nine reservists died by suicide, according to Defense Department figures.