The military is concerned that granular data about infections within the ranks might be used by adversaries as the virus spreads. 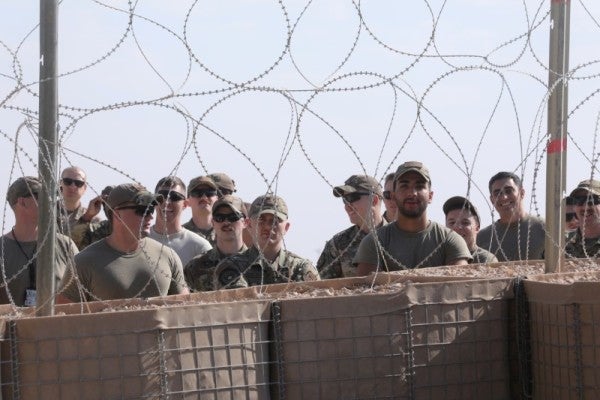 WASHINGTON (Reuters) – The U.S. military has decided it will stop providing some of the more granular data about coronavirus infections within its ranks out of concern that the information might be used by adversaries as the virus spreads.

U.S. Defense Secretary Mark Esper outlined the plan in an interview with Reuters, saying that he wanted the military to keep providing broader data about infections in the armed forces, which rose by 30 percent to 227 cases on Wednesday.

But Esper, a former Army secretary, said he wanted some of the more mission-specific information to be withheld to prevent compromising operational security.

“What we want to do is give you aggregated numbers. But we're not going to disaggregate numbers because it could reveal information about where we may be affected at a higher rate than maybe some other places,” Esper said, without disclosing precisely what information would be withheld or when the plan would be implemented.

Such a decision could upend expectations about the kind of disclosure about coronavirus fallout the public can expect from the military, which has a small number of infections relative to an overall forces of well over 1 million active duty troops.

Beyond daily updates on infections across the armed forces, the U.S. military has been telling the public for weeks about the locations of individual cases, from on a warship to inside the Pentagon, and at overseas commands throughout the world.

Esper noted that it was one thing to disclose the case of the first U.S. soldier infected with coronavirus, which U.S. forces in South Korea did last month. But he wanted to guard against creating the expectation of regular updates everywhere.

“I'm not going to get into a habit where we start providing numbers across all the commands and we come to a point six, seven weeks from now where we have some concerns in some locations and reveal information that could put people at risk,” he said.

Esper said operational security was particularly important in places overseas where the United States is combating adversaries, noting the fight against al-Shabaab in East Africa as well as Islamic State militants in Syria or Afghanistan.

Still, he did not expect those missions to be disrupted by the coronavirus, saying “we have more than enough capability.”

“The rate of infection and its impact is not hitting us at the levels that we have any concerns about right now,” he said.

But Esper's remarks appear to underscore U.S. military concerns about the potential trajectory of the virus over the coming months – both at home and abroad.

There has been a sharp increase in coronavirus cases among troops inside the United States, which officials tell Reuters have overtaken the number of cases among forces overseas in key branches of military.

The Army declined to say how many of its personnel who tested positive were at home or overseas.

Esper did not confirm whether the number of cases was higher in the United States or abroad but noted that commanders overseas have greater ability to impose restrictions on troops and their families.

“You have far, far, far greater control of your servicemembers when you're deployed abroad, even when you're stationed abroad, than you do back in the United States,” he said.

Reuters has reported that thousands of U.S. military personnel are in quarantine or in self-isolation in Europe and the Middle East due to either exposure to someone infected or recent travel to high-risk locations.

But the precise number worldwide has not been disclosed and some commands have declined to offer figures, including the U.S. military's Southern Command.

A spokesman at the U.S. Africa Command, Air Force Colonel Christopher Karns, said his command would publicly report confirmed cases of infection but was not looking “to advertise” the number of people under quarantine.

“If advertised, numbers can be used by adversaries to their advantage,” Karns said in a statement.