According to the Congressional Research Service, two times more military service members died between 2006 and 2018 — 32 percent of active military deaths — from training accidents than were killed in combat 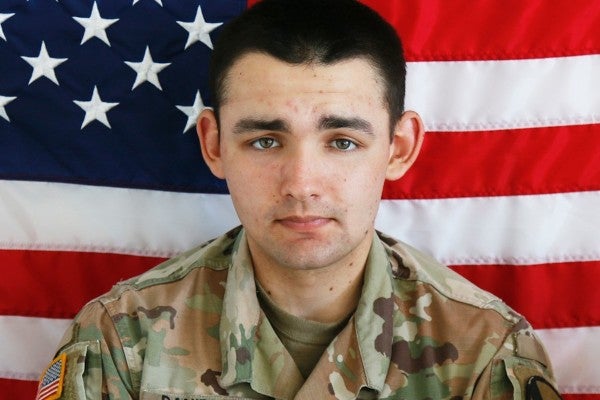 MANATEE COUNTY — Kimberly Weaver, the mother of Spc. Nicholas Panipinto, says she wasn't aware of the conditions at Camp Humphrey in South Korea when her son was sent there on a nine-month rotation in July 2019.

The U.S. military's largest overseas base has 42,000 soldiers and civilians, golf courses, Olympic-size pools and shopping malls, but it didn't have a hospital when Panipinto was stationed there.

Panipinto was road-testing a M2A3 Bradley Fighting Vehicle — a 20-ton armored personnel carrier — when it overturned and landed on top of him.

He died after waiting nearly two hours for medical help to arrive.

A military medevac helicopter went to the wrong location, and a closer helicopter failed to start. The medevac got to him 80 minutes after the crash, according to Panipinto's mother.

The closest medical center on base was not equipped to treat Panipinto, so he was transported to Ajou University Hospital — about the distance from Bradenton to Orlando. He had lost nine pints of blood. He was given five pints of plasma. It was not enough, his mother said.

“He was pretty much completely drained,” said Weaver, who along with Congressman Vern Buchanan is advocating on behalf of her son and other soldiers who aren't receiving adequate medical help and training.

According to the Congressional Research Service, two times more military service members died between 2006 and 2018 — 32 percent of active military deaths — from training accidents than were killed in combat.

In 2017, that gap rose to four times as many soldiers killed in training accidents than were killed in action.

Panipinto's death prompted Buchanan, a Sarasota Republican, to write to the Department of Defense and congressional leaders urging them to reform military training practices.

Numerous safety and training failures contributed to Panipinto's death, including malfunctions of the vehicle's communications systems, defective or broken equipment, a lack of medical services on base and significant delays in the medical response arriving at the scene of the accident.

“I can't understand the mentality of sending our men and women over there and not having the appropriate medical facilities for them,” Weaver said. “For emotional well-being, they need golf courses and pools, but medical facilities should be first.

Panipinto wasn't licensed to drive the M2A3 Bradley Fighting Vehicle. He had received only a few hours of training. A minimum of 40 hours is required, Buchanan's letters state..

“The heartbreaking and very preventable death of my constituent Spc. Nicholas Panipinto clearly shows that changes in training and safety procedures need to be made,” Buchanan said in the letters. “The serious deficiencies and failures identified in the report on SPC Panipinto's death call for immediate reforms within the Department of Defense. I want to make sure that no family has to go through the pain and suffering that Spc. Panipinto's family has faced.”

According to sworn testimony from his unit's master driver, who's responsible for training troops on vehicles and administering licenses, their unit's driver training program was “nonexistent.” The military supervisor, who was not identified by Buchanan, said when he took over the program there he had no paperwork of any soldiers with licenses.

Soldiers informed the instructor that the previous master driver gave them licenses without a block of instruction.

In his letter to Defense Secretary Esper, Buchanan said, “The highest tribute that can be paid to the life of Spc. Panipinto is that the Defense Department will make sure that future military personnel who are injured during training exercises can quickly receive high-quality medical treatment that might help save their lives.”

According to Weaver, details redacted from the crash report show that Panipinto was taking the armored personnel carrier out for testing after it had received maintenance. A track on the tank fell off on one side while it was turning a corner and the vehicle overturned.

Weaver says her son, a sergeant, a gunner, and three other soldiers inside the vehicle were injured. Other than her son, the crew had minor injuries.

“Several sworn statements said he was going 15 mph around a turn,” Weaver said. “The track came off on the back passenger side. The driver hatch didn't stay open. The weight of the vehicle came down on him.”

Panipinto should not have been driving the Bradley, and it shouldn't have had passengers, according to Weaver. She said more training is needed and redesigns of top-heavy rollover prone vehicles that constantly tip and kill soldiers.

“My son died in November and we are trying to grieve and get through that,” Weaver said, noting Moore died three months after her son. “Haven't you learned already? Why didn't they implement something so he wouldn't have passed? It's crazy. Somebody has to do something. I'll just keep pushing until it happens.”