Amid an avalanche of news raising alarm about Russian meddling in the U.S. election and ties between President Donald Trump’s … Continued 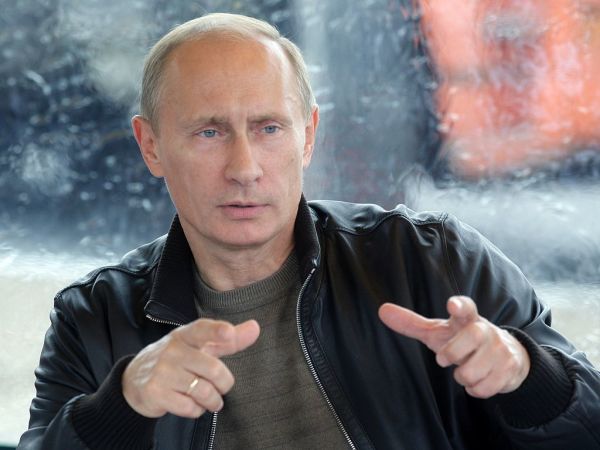 Amid an avalanche of news raising alarm about Russian meddling in the U.S. election and ties between President Donald Trump’s administration and Moscow, many younger voters are questioning how big a threat the former Cold War foe really is.

“Russia is just not the same danger they were to us 40 years ago,” said Sara Herrera, a 24-year-old who lives in Boca Raton, Fla. “Obviously if they’re trying to be interfering in our business that’s not OK, but how is that really dangerous to Americans? It’s not life and death anymore.”

Mark Nguyen, 26, of Oakland, Calif., remembers his grandparents’ stories of “duck and cover” drills at school to prepare for a potential nuclear attack.

“They were legitimately scared back then,” he said. “But no matter what Russians do to us now, it’s more annoying than a real threat. I’m not saying we have to let them get away with it, but it’s not worth all the hyperventilating.”

Interviews with more than 30 voters across the country show a major generational gap when it comes to views of Russia. According to younger voters, the view of Russia as an automatic threat that they hear from lawmakers like Sen. Lindsey Graham, R-S.C., and Sen. John McCain, R-Ariz., is an outdated relic of the Cold War. The national mobilization around the threat posed by the Soviet Union, which was defined in existential terms, made a deep impression on the generations that lived through it.

“When Russians are getting involved, you just know it’s very bad news for us,” said Daniel Holt, 71, a retired attorney in Dallas, speaking about reports of Russian interference in the election. “That’s why all of this is so worrying. They still have it out for the U.S., and they found a way in.”

Younger voters tended to describe coverage of the meetings and connections between Trump administration officials and Russian President Vladimir Putin’s government as overblown and alarmist. The fact that reports of Russian meddling in the election are seen in Democrat-vs-Republican terms only reinforces that view.

But turning Russia into “a partisan football” targeting Trump downplays the security threat that Russia, with its large nuclear arsenal, represents, said Matthew Rojansky, director of the Kennan Institute at the Wilson Center in Washington.

“Russia is still one of the most consequential countries on the planet … and the country that could destroy life in under an hour as we know it,” he said. “We should not be paranoid, but we should be rationally afraid.”

According to a December Economist-YouGov poll, Republican views of Russian President Vladimir Putin have become sharply more positive since 2014, moving 56 percentage points. While Hillary Clinton voters view Putin negatively by a 72-point margin, Trump voters do so by just 16 points.

But the assumption that the American public is as hawkish about Russia as U.S. military and diplomatic leaders creates a stumbling block in explaining that perspective to a younger generation.

“I just don’t see why everything related to Russia has to be nefarious,” said Ben Norris, 31, of Kansas City, Mo. “Is meeting with the Russian ambassador really a bigger deal than the French or German ambassador?”

Jeffrey Mankoff, a senior fellow at the Russia and Eurasia program at the Center for Strategic and International Studies who’s a former adviser on U.S.-Russia relations at the State Department, said the disconnect was obvious between those who remembered Cold War tensions with the Soviet Union and those whose primary memories were formed after 1991, when the Soviet Union dissolved to be replaced by Russia and a series of newly independent states.

“It’s really kind of like history went on vacation for 25 years … and now it’s back,” he said. “And people who have only been around for that (later period) have a hard time seeing the bigger picture. There are not many countries that are actively seeking to undermine U.S. national security interests as part of their own approach to foreign policy.”

(Alex Daugherty in Fort Worth, Texas, Curtis Tate in Lexington, Ky., and William Douglas in Charlotte, N.C., contributed to this report.)