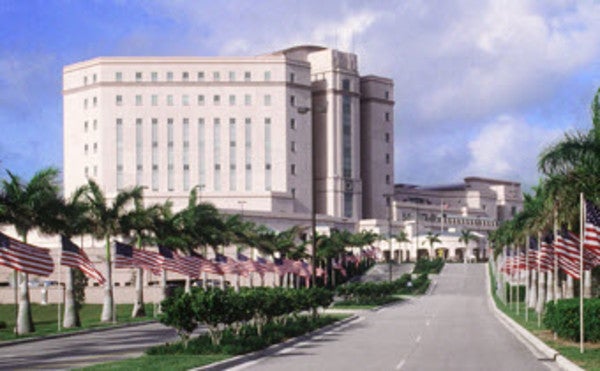 At least 15 Department of Veterans Affairs employees and vendors in Florida were engaged in an “elaborate” fraud scheme that cost the government “millions” since 2009, two government agencies announced in a joint press conference Wednesday.

Declining to give the exact amount allegedly stolen or say what tipped them off, the U.S. Attorney General for the Southern District of Florida and the Department of Veterans Affairs Inspector General said people affiliated with the Miami and West Palm Beach VA clinics were charged and arrested on charges including conspiracy to commit health care fraud, committing health care fraud and bribery.

Nine of the suspects were “low-level” procurement staff, officials said. They allegedly defrauded the VA by letting vendors charge inflated prices for products or saying vendors supplied an order that was completely or partially unfilled. The employees would then receive a kickback on what the VA paid those vendors, officials said.

“This fraud scheme was clearly carried out, not only by the VA employees but deceptively with those vendors. And both of them are equally culpable in this scheme,” district Attorney General Ariana Fajardo Orshan said.

Officials also announced a separate but similar alleged fraud scheme that they suspect involved disabled veteran Lisa Anderson, 48, of Delray Beach. The attorney general has charged Anderson with false statements on her Service Disabled Veteran Owned Small Business application, accusing her of selling her preferred VA contract status to businesses she was not connected to.

OIG and AG officials praised their work in apprehending the suspects, but they called the investigation “ongoing” and did not comment on whether there will be any more arrests.

Orshan emphasized those arrested in the alleged kickback schemes were not representative of the VA at large.

“However, that does not reflect on the many, many well-intended, hard-working individuals that work for the VA medical services, she said, “and I want to clearly state that so it's just a couple of bad apples.”

The maximum prison sentence for the charges are as follows: 10 years for conspiracy to commit health care fraud, 15 years for bribery and 20 years for falsifying records.