In Judith Meisel’s last image of her mother, Mina, she is standing outside a gas chamber at the Stutthof concentration... 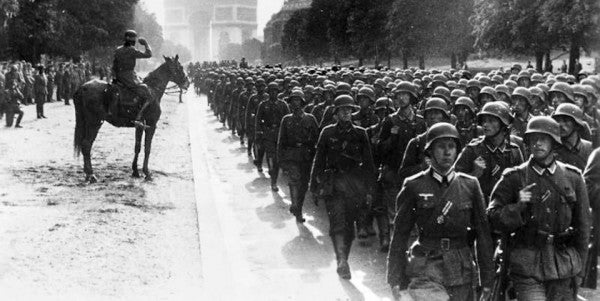 In Judith Meisel’s last image of her mother, Mina, she is standing outside a gas chamber at the Stutthof concentration camp in Poland, awaiting the same fate that befell 65,000 other prisoners there.

This summer, as she has countless times before, the St. Louis Park, Minnesota resident relived the experience in wrenching detail, but this time for a set of German prosecutors who, aided by Minnesota FBI agents, were racing to bring to justice the few Nazis still alive who can be linked to World War II-era atrocities.

Now Meisel, 88, knows her assistance paid off: German authorities this month indicted two ex-guards on charges of being accessories to many of the murders at Stutthof, located near what is now the Polish city of Gdansk.

Under German law, Meisel could join prosecutors as a “co-plaintiff” in the case.

In June, Meisel stunned the Germans, and her family, when she identified one of the ex-guards, Johann Rehbogen, as a teenage SS officer who taunted her and other female prisoners as they undressed each morning.

The charges, made possible by new German legal guidance allowing the prosecution of former Nazis who can’t be tied to specific killings, represent a new and vital chapter for survivors like Meisel.

Holocaust survivor Judy Meisel held a photo of her parents Osser Beker and Mika Beker that was taken around 1938. Judy’s mother died in the gas chamber at Stutthof concentration camp on the Baltic coast in late 1944 or early 1945.

“I understand that the person who has been indicted was a young man at the time,” Meisel said. “Still, the questions he must answer are an important part of this story.”

How, for example, did he take such a gruesome job at such a young age? What did he think when he watched women and children being killed on an industrial scale? How has he explained his past to his family and friends?

Meisel awaits any details the 94-year-old Rehbogen can provide, even if it means she must again relive the horror of her years inside the camp.

“This process of seeking answers and finding justice for my mother gives new meaning to my life,” Meisel said.

Prosecutors in Dortmund indicted Rehbogen and Harry Paul Fritz Schulz, 92, on charges stemming from their tenures at the camp from 1942 to 1944. Since 2011, German authorities have been pursuing cases against Nazis whom they believe they can prove helped operate concentration camps during the war.

A Dortmund prosecutor told the Associated Press this month that both men denied knowing anything about the killings at the camp.

Meisel’s description of life in the camp — and law enforcement interviews with other Americans identified as Stutthof survivors — are essential for prosecutors to challenge those denials. In June, Meisel instantly recognized a photo of Rehbogen, whom she and other prisoners called “Meydele” for his girlish looks, and said he was among those who taunted and beat prisoners.

Cornelius Nestler, a German professor and lawyer who has represented Holocaust survivors in similar cases, found Meisel online and connected her with German authorities who weren’t sure how many, if any, Stutthof survivors were still alive.

Nestler told the Star Tribune in an e-mail that the defendants will have an opportunity to challenge the indictment and will likely be evaluated by medical experts for their fitness to stand trial. Nestler said that the trial could commence next summer if the defendants are deemed healthy enough.

Meisel, he said, could “take the stand as a witness,” or at least observe the proceedings.

Meisel’s son, Michael Cohen, said he’s not sure if his mother would travel to Germany or participate in the prosecution from afar. German authorities also named witnesses from Ohio, New Jersey, New York and Florida.

The charges came as a surprise to the family, Cohen said, and represented a determination not to “simply move aside and forget about” those responsible.

Cohen, a Minneapolis attorney, said news of the charges brought back new, vivid memories for his mother that include witnessing camp inmates killed by injections administered by Stutthof doctors. Meisel has since spent much of the month thinking of her mother and sister Rachel, who was forced on a death march away from the camp with her in early 1945 that they both escaped.

Cohen said Meisel has described her mother as a woman of forgiveness, but is still unsure how she would respond to the charges. “She’s very interested in what comes next,” Cohen said this week.

He also said the wave of emotions has taken its toll on his mother. As an activist, she has told her story to audiences across the country, but in the days since learning of the indictments, Meisel has privately revisited what it meant to be a Stutthof inmate.

While she still has nightmares, Meisel said she welcomes any chance to tell her story “for the important lessons it teaches about tolerance and racism.”

She said she cannot forget the message from some of her fellow prisoners: “Don’t let us die without you mentioning what happened to us.”