Between 2014 and 2019, the Minnesota National Guard got 112 reports of sexual assault, with nine of those cases resulting in criminal charges 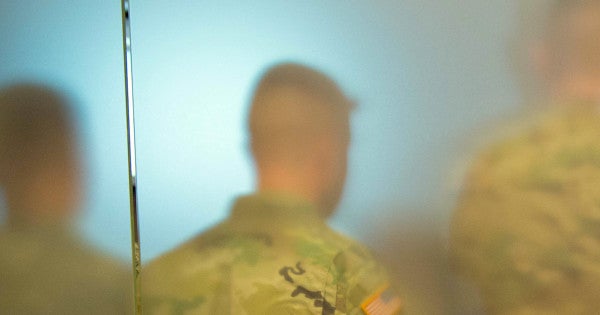 When the Minnesota National Guard reported its sexual assault numbers publicly for the first time last year, its adjutant general said it wasn’t a heroic gesture, but rather, a necessary step to shed light on a dark topic.

Maj. Gen. Jon Jensen vowed to change the culture of the organization and promised to develop a strategy to assess, prevent and respond to sexual assault and harassment. He also wanted to improve or replace failed practices and work with state and federal law makers to remove barriers to enforcement.

On Wednesday, the Guard released a 46-page report of findings and recommendations. Between 2014 and 2019, the Guard got 112 reports of sexual assault, with nine of those cases resulting in criminal charges.

“In short, we must do better. As leaders, we are responsible when our formations tolerate the type of toxic attitudes and behaviors that leave room for sexual harassment and assault,” Jensen said in a prepared statement. “Our units are a direct reflection of who we are and what we are willing to accept.”

Last year, Jensen appointed a diverse group of Guard leaders to work with civilian sexual assault professionals to review all facets of how they prevent and respond to assaults and harassment. The Guard also held three town meetings to confront sexual assault within its force. Soldiers and Airmen spent time talking about sexual assault and the Guard’s prevention program, and heard from a sexual assault survivor from within the Guard.

• Prevention and response programs meet the intent of current guidance and policies, but that guidance and related policies need to better reflect the Guard’s mission.

• Information should be easily accessible by all Guard members using civilian resources to ensure proper reporting and that support is readily available and understandable.

• The Minnesota Military Code of Justice (MCMJ) and other statutes need revisions to remove barriers to enforcement.

• A task force is needed to develop new training focused at specific levels of the Guard.

About half of the 112 reports from 2014 to 2019 were unrestricted. In 44 of the 61 unrestricted cases, both the victim and perpetrator were military members. All of the cases were referred to local law enforcement and some later were sent for administration review by the National Guard.

The Minnesota Guard plans to distribute the report to the Governor’s office, members of Congress and Guard members. Senior Guard leaders will conduct unit visits to describe lessons learned from the report and the strategy to eliminate the risk of sexual harassment and sexual assault against members.

“My commitment to you is to provide our soldiers and airmen with the support they need to ensure that no member of the Minnesota National Guard ever faces the fear of becoming a victim of sexual assault on our watch,” Jensen said. “Our people are our most valuable assets. We must empower them. When we stand together, there is nothing we cannot overcome.”

The Minnesota National Guard, headquartered in St. Paul, has more than 13,000 soldiers and airmen who serve in 61 communities across the state.