The Minnesota National Guard, which has been responding to unrest in the state, has deleted a tweet posted on Sunday saying that it won't send tanks into the Twin Cities because they would "damage the roads" 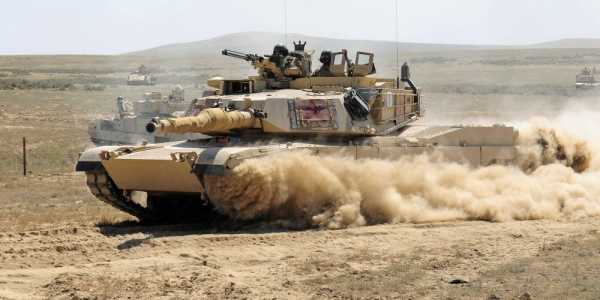 The Minnesota National Guard, which has been responding to unrest in the state, has deleted a tweet posted on Sunday saying that it won't send tanks into the Twin Cities because they would “damage the roads.”

The Guard tweeted a picture of an M1 Abrams tank, writing: “It is a tracked vehicle that we would never drive in the city as it would damage the roads. You will not see any tracked vehicles as we operate in the Twin Cities.”

The force is, however, using tactical vehicles, Humvees, and armored vehicles.

Insider asked the Minnesota National Guard about the tweet, which drew criticism for suggesting that the only reason it would not send tanks is because doing so would “damage the roads,” and why it was deleted.

A spokesman told Insider that it was trying to provide clarity amid rumors that it was using tanks. She said that the tweet was taken down because it was “causing a little bit more confusion,” defeating its purpose.

The tweet was part of a thread, the other part of which remains accessible to show which vehicles are being used.

The Minnesota National Guard has been responding to unrest following the death of George Floyd, who died on May 25 after Minneapolis Police Department Officer Derek Chauvin knelt on his neck as he was being detained.

Four police officers were fired and Chauvin has been taken into custody and charged with third-degree murder and manslaughter. The charges against Chauvin came after days of protests against police brutality in Minneapolis and elsewhere.

Many protests have been peaceful, but there have also been reports of widespread rioting, looting, property damage, and violence.

As of Sunday morning, there were roughly 5,000 National Guard soldiers and airmen responding “to civil disturbances in 15 states and D.C., with another 2,000 prepared to activate if needed,” according to the Guard.

A National Guard spokesman told Insider that the numbers had increased to over 17,000 Guard troops operating in 23 states and Washington, DC, by Monday morning.

National Guard troops are being called up to “assist law enforcement authorities with protecting lives and property of citizens in their state,” the Guard said Sunday.

Maj. Gen. Thomas Carden, adjutant general of the Georgia National Guard, said the same day that “while we're always happy to go out and reinforce our local authorities, I believe that we in America should not get used to or accept uniformed service members, of any variety having to be put in a position where they are having to secure people inside the United States of America.”

“While we're glad to do it and honored to do it, this is a sign of the times that we need to do better as a country,” he added. “We stand ready to do this mission anytime we're called on to do it, but I pray I never have to do it again.”