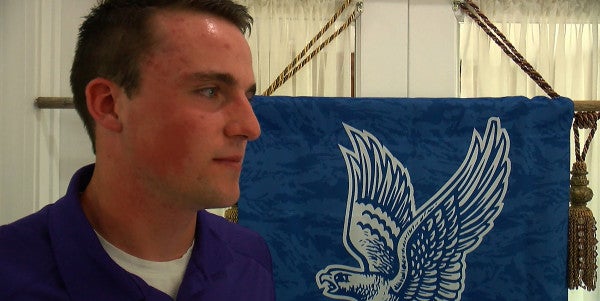 “Everybody we've talked to said they've never heard of that before,” said John Howe, David's father. “It's extremely difficult to get into one.”

Applicants must be interviewed and nominated by a senator or representative as part of the admission process.

“He has just demonstrated really good leadership ability, and he's always willing to help other kids that either need help with schooling or just help in general,” John Howe said.

David was a three-sport athlete who was consistently one of the top students in his class, John Howe said.

“He graduated with a 4.0 GPA for his high school career,” he said. “We've known David has been a special kid.”

After careful consideration, David Howe will attend the U.S. Air Force Academy in Colorado, where he will report for duty on June 29.

After college, David will enter the Air Force with the rank of second lieutenant, and will be required to serve a minimum 10-year term of active duty.

His goal, he said, is to eventually become a pilot.

“I'm excited for all of the opportunities,” David Howe said.

“David is one of those quality kids you hope to run into as many times as you can in your career,” Herber said.