Miss USA Reports Back To Fort Meade For Army Training

This week, Miss USA traded in her crown for fatigues. Deshauna Barber, who represented Washington, D.C., is an Army Reserve... 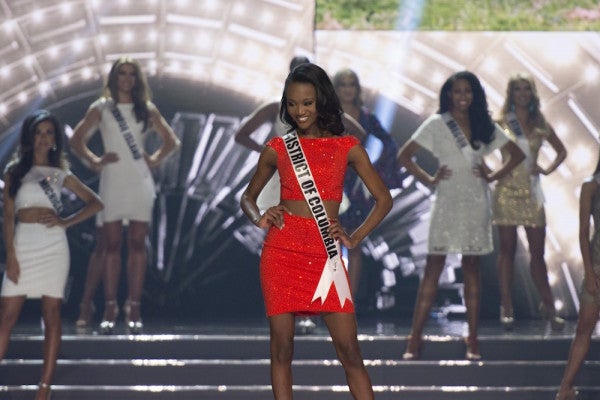 This week, Miss USA traded in her crown for fatigues.

Deshauna Barber, who represented Washington, D.C., is an Army Reserve officer and IT analyst for the U.S. Department of Commerce. She returned to Fort Meade for her required 2 days of training, per her Instagram.

“…I am so happy to still do that as your #MissUSA,” she wrote in one of her posts. Other photos included helping soldiers with maintenance checks on a Humvee. She'll report back to the base in 30 days for her monthly training.

During the Miss USA pageant in June, she quickly became a favorite on social media when she addressed the women in combat during the interview portion.

Barber comes from a military family. She was born in Columbus, Georgia, but moved a lot due her father's military career as a Army Master Sergeant, according to her bio on Miss USA's website. Barber's father was deployed to Iraq after 9/11. Her mother and siblings also serve, according to The Washington Post.

As Miss USA, Barber, 26, will compete in the Miss Universe contest.