Halliday was classified AWOL by the Army in July, but his parents didn't learn their son was missing until Aug. 28. 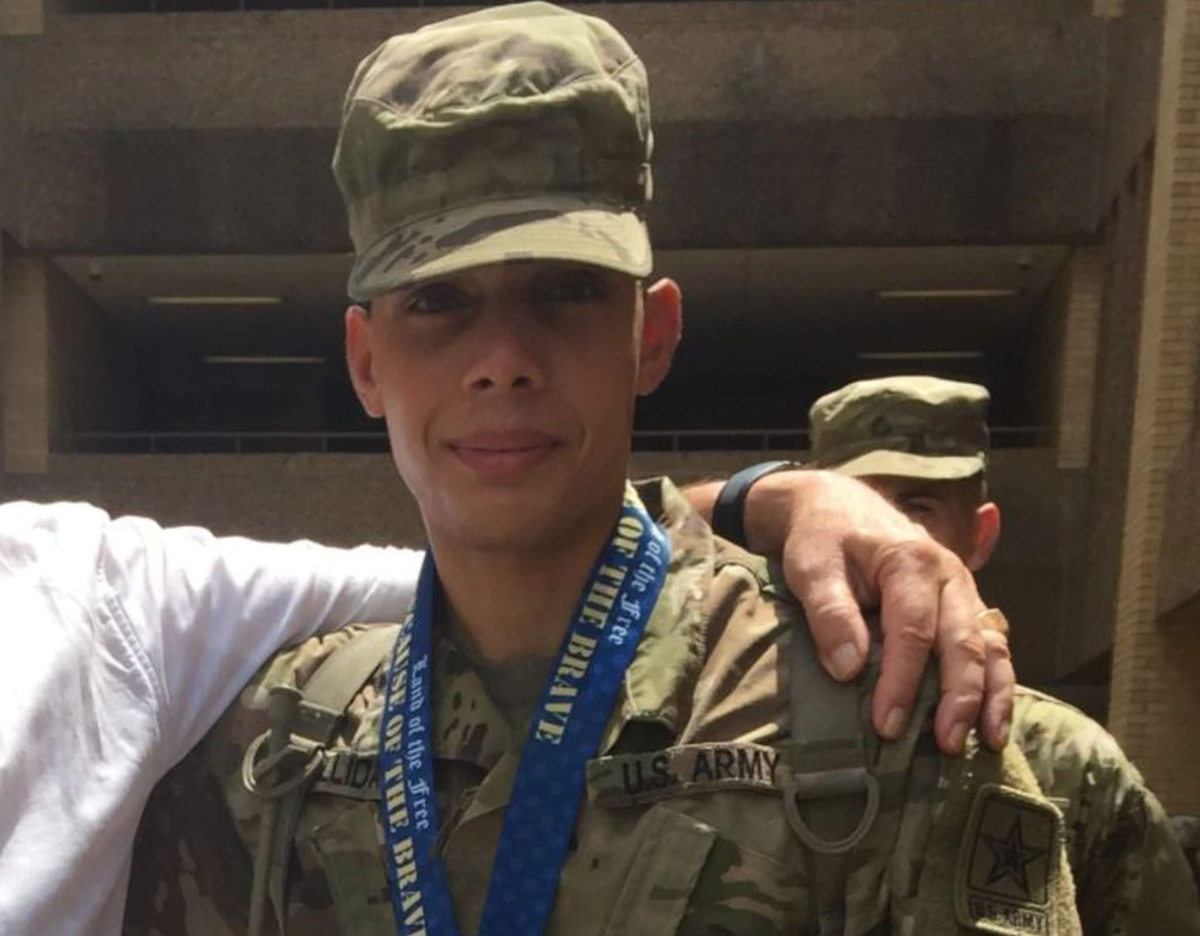 The echo of a bullhorn could be heard blocks from an entrance to Fort Bliss as family members of a missing soldier gathered Monday afternoon.

The parents of Army Pvt. Richard Halliday are in El Paso hoping to find their 21-year-old son, who has been missing for two months.

Halliday last communicated with his parents, Robert and Patricia Halliday, on July 23. He reportedly was last seen July 24 on Fort Bliss.

“We just want to find our son; that’s really No. 1,” Patricia Halliday said as she held a missing-person banner with photos of the soldier, the youngest of her four children.

The private, who is in the 32nd Army Air and Missile Defense Command, was classified by the Army as absent without leave in July.

But his parents didn’t learn their son was missing until Aug. 28.

After not hearing from him for weeks, the Hallidays called their son’s battalion and learned he had been labeled AWOL and a deserter because he hadn’t been heard from for 30 days.

Monday was day 68 since Halliday has been missing, his mother said.

The parents, who live in Florida, arrived Thursday in El Paso and have been having rallies daily outside entrances to Fort Bliss since Saturday in an effort to raise awareness.

The rally Monday was made up of only a handful of people, including the private’s mother, father and grandfather.

The public is welcomed to show support at rallies scheduled for 4 p.m. Tuesday outside Chaffee Gate and 3 p.m. Wednesday outside Cassidy Gate, organizers said.

“We want to find our son and it’s really the first time in my motherhood that I hope my son is a jerk and is well somewhere and we find him,” Patricia Halliday said, her voice cracking with emotion.

Looking into news cameras, she said: “And Richard, if you’re listening, come home. We love you. We miss you. Come home.

“We just want to know where you’re at and that you’re OK because if something really bad happened to him we just couldn’t live with ourselves.”

Last week, more than 200 soldiers searched Franklin Mountain State Park as part of efforts by the Army to locate Halliday, who is known for his love of the outdoors.

The private is from a military family with ties to El Paso. His mother was born at White Sands Missile Range where his grandfather, Richard Schnabel, was stationed in 1965.

Schnabel also was stationed at Fort Bliss and studied education at the University of Texas at El Paso.

“We have a place in our heart for El Paso,” Schnabel, a military retiree now living in Virginia, said while holding a missing-person sign of his grandson.

Patricia Halliday said the family was thankful for the support they’ve received from St. Clement’s Church in El Paso and the Army.

The private grew up in Europe, where his father, Robert, was stationed during part of his 30 years in the military.

The Hallidays were stationed in Germany when the family adopted Richard and his brother, Robert, from Poland, their mother said. Richard is the youngest of four children.

Richard Halliday was home schooled and grew up in Germany and Ireland. He lived in Europe for 20 years and has traveled internationally.

“Even though he’s an American citizen, being in the American culture is a little bit different for him,” Patricia Halliday said.

He joined the Army while in South Korea.

“We didn’t want him to join the Army. We wanted him to go to college,” his mother said.

Richard Halliday’s parents offered him money for college, but he didn’t want it, his mother said. Her son is the type of person who wants to prove he can do it on his own, never asking his parents for clothes, shoes or anything else, his mom said.

He joined the Army to get an education and to serve his country, his mother said. “He wanted to say, ‘I did it.’ “

Richard Halliday was a top performer in basic training. Fort Bliss was his first duty station. In November, he returned from a deployment in Qatar.

In January, he was arrested by El Paso police on a driving while intoxicated charge. In March, he was disciplined by the Army for mistakenly entering Mexico. Fort Bliss does not authorize soldiers to go to Mexico.

The Halliday case comes on the heels of the high-profile disappearance and death of Army Spc. Vanessa Guillen at Fort Hood, Texas.

Patricia Halliday said she understands the emotional toll faced by the Guillen family.

The Guillen family “were relentless because of the love they had for their daughter, their sister, and to rally, and we feel the same way,” Patricia Halliday said.

“We want to know what happened to Richard. If he did walk away, we want to let him know that we’re here for him.”

‘He has a bright future’

The disappearance is unlike her son, Patricia Halliday said, adding the family yearns to know what happened.

Patricia Halliday described her son as an intelligent person fluent in German and English who plays the piano, is a black belt in karate and who loves people and trying different foods.

“He loves to be outside. He is not a (video) gamer. He is very well read, loves political news because of all the different countries” he has visited, Patricia Halliday said.

In Ireland, he would walk 5 miles to the store, his mother recalled.

The family has a Facebook page, Find Richard Halliday.