"This lawsuit was really about stolen valor ... I was really proud of the jury in our case. They weren't going to tolerate this kind of thing. This issue was he lied about who he was." 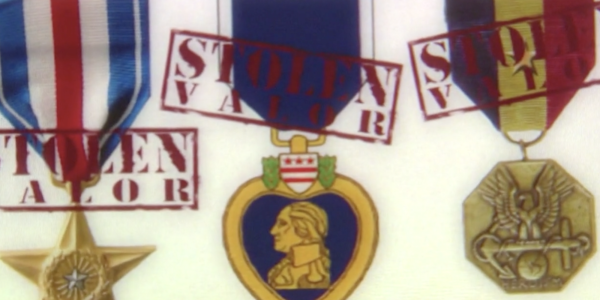 A Flathead District Court, Montana jury on Tuesday awarded $1.7 million in damages to Donald W. Kaltschmidt Jr. after finding Laron D. Shannon of Kalispell liable for fraud and negligent misrepresentation in a case involving an oilfield services company in which Kaltschmidt was a silent investor.

“This lawsuit was really about stolen valor,” said Kaltschmidt, a longtime Whitefish businessman who owns the Don K car dealership. “I was really proud of the jury in our case. They weren't going to tolerate this kind of thing. This issue was he lied about who he was.'

“More than likely I won't see a penny, but what I hope says to people is you can't do this in Flathead County,” Kaltschmidt told the Daily Inter Lake Wednesday.

Kaltschmidt said he was alerted to Shannon's misrepresentation of military service by his Marine “brothers.” No service record could be found for Shannon, according to court records.

“We asked him for a DD214 form; anyone who has served in the military for any length of time would have this,” Kaltschmidt said. “We've been asking him to produce documents for five years. He had nothing.”

Shannon has been “masquerading as a Marine” for many years, as recently as the Conservative Political Action Conference March 1 at Liberty University, Kaltschmidt pointed out. Shannon was quoted in an article written by the Liberty Champion, in which he was identified as a Marine veteran.

Kaltschmidt's attorney, Cory Laird of Missoula, said he is thrilled with the outcome of the case.

“I'm so happy Don was able to proceed on behalf of so many Marines,” Laird said. “The case was always about Don and his Marine brothers.”

While Kaltschmidt said the case was more about stolen valor than “about me making a bad business decision,” the lawsuit also detailed his business dealings with Shannon and made allegations of fraud and related counts.

Shannon approached Kaltschmidt more than five years ago about establishing a company to clean oil and gas drilling rigs and related equipment in the oil fields of North Dakota and Eastern Montana. Shannon's business plan was to preferentially hire veterans for the business venture, according to court records.

“The philanthropic aspect of hiring veterans was the only reason that Mr. Kaltschmidt was interested in the venture,” the complaint states.

Kaltschmidt and Shannon, along with a third partner, John Delaney, formed Oilfield Warriors, with Kaltschmidt having a 25 percent membership interest, Shannon 70 percent and Delaney 5 percent. Kaltschmidt later purchased Delaney's interest in the business, bumping his interest to 30 percent, but Shannon “remained in full control of Oilfield Warriors,” according to court documents.

Within a few months Kaltschmidt confirmed Shannon had mismanaged Oilfield Warriors, its cash and its assets. He alleged in the lawsuit that Shannon had misappropriated and/or embezzled the business' cash and assets, and violated the operating agreement by taking on a considerable amount of company debt without Kaltschmidt's knowledge.

At some point during the spring of 2014, Kaltschmidt learned Oilfield Warriors had spent roughly $175,000 in two months but had not cleaned a single rig or piece of equipment, the lawsuit states. It further alleges that unbeknownst to Kaltschmidt, Shannon established JD Services and Hire America's Finest at or about the same time as the formation of Oilfield Warriors, both companies that competed actively with Oilfield Warriors.

The lawsuit states that despite Kaltschmidt's requests Shannon failed or refused to turn over Oilfield Warriors books and records to him.

Shannon filed a counter claim in March 2018, alleging that while working for Oilfield Warriors he hired multiple veterans and sought more for employment to wash oil rigs in North Dakota. He also submitted paperwork to the court that he alleged was “a true and correct copy of my military enlistment papers and correspondence I sent to, and received, from the Virginia Military Institute.”

Shannon claimed he enlisted as a reserve and had active duty service during training at Quantico from July 13, 1982, through Aug. 21, 1982.

“I was discharged honorably with a rank of officer candidate,” Shannon's court declaration states.

The jury awarded Kaltschmidt $1.5 million in punitive damages, plus another $224,000 for damages. The jury found Shannon liable for fraud, negligent misrepresentation, constructive fraud and breach of a fiduciary duty.

“He stole from a lot of people,” Kaltschmidt said. “He has a history of that every place he's gone.”

Shannon could not be reached for comment. Michael Rabb of Rabb Law Firm of Bozeman, who was listed as Shannon's attorney for his counter claim, said his firm filed a notice of withdrawal from the case and ceased to represent Shannon about a year ago.

Shannon represented himself during the trial.

SEE ALSO: Stolen Valor Will Now Get You Up To A Year In The Slammer

WATCH NEXT: Why Do People Steal Valor?