The company allegedly auctioned off gear and mementos that belonged to a cousin who was killed in action. 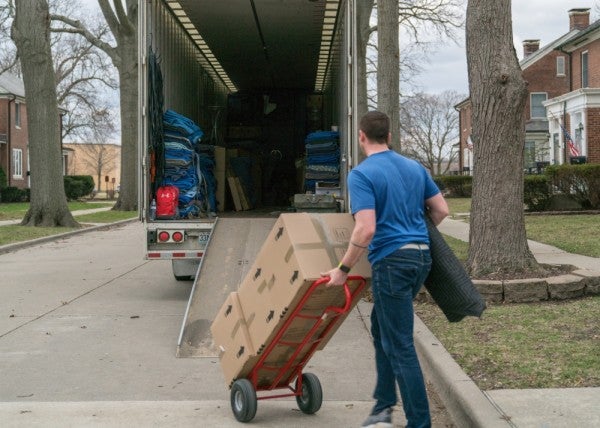 A Massachusetts moving company is accused of auctioning off items of a U.S. Air Force sergeant, including gear that belonged to his cousin who was killed in action, while he was deployed overseas.

The Department of Justice on Tuesday announced a lawsuit against PRTaylor Enterprises LLC, a company doing business as Father & Son Moving & Storage. The department claims the company violated the Servicemembers Civil Relief Act (SCRA), which provides a wide variety of financial and housing protections to members of the military. The act requires companies to receive a court order before it auctions off a servicemembers’ belongings.

According to the Justice Department, Father & Son Moving & Storage auctioned off the sergeant’s military gear and mementos that had belonged to a cousin who was killed in military action. His grandfather’s military service medals, a dresser that was handmade by his great-grandfather and personal photographs were also sold.

The SCRA places the burden on moving and storage companies to determine whether the property in their possession belongs to a servicemember.

“This servicemember was called overseas to serve our country and returned home to find his personal possessions, family heirlooms and military awards auctioned off to the highest bidder,” Untied States Attorney Andrew E. Lelling said in a statement. “That is unacceptable. We will continue to protect the rights of servicemembers who dedicate their lives to preserving our security and freedom.”

The lawsuit is seeking the value of the auctioned items and resulted from from the U.S. Air Force, the Justice Department said.

“No individual or organization should be able to get away with the kind of devastation this young man suffered when he returned home from an overseas deployment and learned that many of his most valued family mementos were gone,” Assistant Attorney General Eric S. Dreiband of the Justice Department’s Civil Rights Division said in a statement.

Since 2011, the Department of Justice has obtained $474 million in monetary relief for more than 120,000 servicemembers through its enforcement of the SCRA.