"If we weren't there for the C-130 drop, the bad guys could have gotten away, and that's the worst scenario ... Because if they get away free, they do it again." 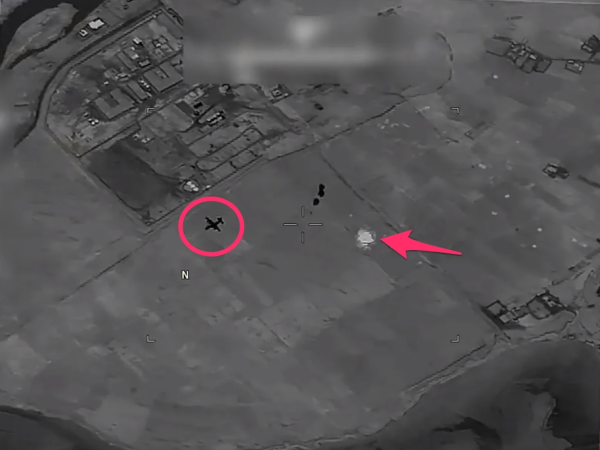 Drone operators who participated in a supply airdrop mission over Afghanistan last fall and avoided a rocket-propelled grenade in the process have received awards for the mission, Military.com has learned.

Last week, the Air Force said five airmen belonging to a C-130 Hercules crew conducting the nighttime airdrop in Afghanistan were given the Air Force Combat Action Medal following an RPG attack aimed at their aircraft.

But two airmen controlling an MQ-9 Reaper watching over the C-130 were also recognized for springing into action to protect their fellow troops.

Trujillo confirmed that a video posted about the MQ-9 crew in April and the C-130 crew announcement were part of the same operation, which occurred in September 2019.

Following the attack on the C-130, Russell and Ashley worked with analysts and the mission’s joint terminal attack controller to verify the location from which the RPG was fired. Then, they zeroed in on the enemy and struck.

It was toward the end of the drone crew's eight-hour shift “when it all went down, and we were asked to support a C-130,” Ashley said.

The aircraft “was going to do an airdrop for a location that was severely undersupplied,” Russell added.

Then, out of the corner of their video feed, the airmen saw the RPG launch toward the C-130.

“My heart was racing,” Ashley said. The RPG missed the aircraft; the C-130 crew then maneuvered as quickly as possible out of the area after dropping the much-needed supplies.

Russell and Ashley worked with the JTAC and his ground commander to properly engage after they saw the militants leave the building where they launched the RPG, according to the video.

“We found the bad guys on the ground, tracked them for a little bit, and then ended up [striking],” Ashley said.

The “R” device is awarded to airmen who serve or have served in the remotely piloted aircraft, cyber, space or intelligence, surveillance and reconnaissance career fields and contribute to the employment of a drone or other weapon system that directly impacts combat or military operations overseas, according to the Air Force.

The service presented the first remote “R” device to aircrews of the 432nd Wing in July 2018 for separate missions, which included saving ground troops fighting the Islamic State.

The award is retroactive to Jan. 7, 2016, when then-Defense Secretary Ash Carter announced changes to the military decorations and awards program. Eligibility criteria were published in 2017.

“If we weren't there for the C-130 drop, the bad guys could have gotten away, and that's the worst scenario,” Ashley said in the video. “Because if they get away free, they do it again.”