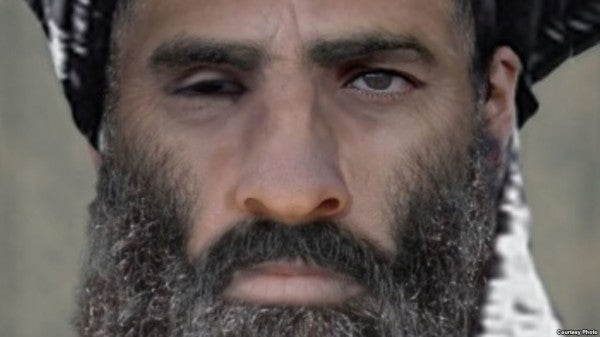 KABUL (Reuters) – A biography of one-eyed former Afghan Taliban leader Mullah Omar says he lived near a U.S. base in Afghanistan for years, not in Pakistan as U.S. officials have said, exposing Western failure to track him down, but a spokesman for the Afghan president described the claim as “delusional”.

Omar's hardline Taliban ruled Afghanistan from 1996 until 2001, and has waged an anti-government insurgency since then.

Omar, who delegated effective Taliban leadership after 2001, appears to have acted as more of a spiritual leader, according to the book, and the militant movement kept his death in 2013 secret for two years.

He was wanted in the United States for providing a safe haven for al Qaeda leader Osama bin Laden, who masterminded the 9/11 attacks on the United States and lived in hiding in Pakistan, and Washington had placed a $10 million bounty on his head.

U.S. forces even searched his accommodation on one occasion, but failed to find Omar's hiding place, Dam told Reuters.

“The book underlines the failure of Western intelligence at a time when U.S. and Taliban officials are holding peace talks to end the 17-year-old war in Afghanistan,” she said.

The U.S. Embassy in Kabul did not immediately respond to a request for comment. The United States has halted the disbursement of Coalition Support Funds to Pakistan due its perceived failure to take decisive action against Afghan Taliban militants operating from Pakistani soil.

Haroon Chakhansuri, a spokesman for Afghan President Ashraf Ghani, “strongly rejected” the book and it was a “delusional claim” that Omar lived in Afghanistan.

“We have sufficient evidence which shows he (Omar) lived and died in Pakistan. Period!”, he said in a Tweet.

“The so-called investigative report claiming Mullah Omar lived and died in Afghanistan is nothing but a manipulative piece of propaganda,” he Tweeted.

In July 2015, the Taliban officially confirmed Omar had been dead for more than two years.

Omar's eldest son, Mohammad Yaqoob, said in an audio tape released in September 2015 that his father had been suffering from hepatitis C and died in Afghanistan.

Dam's book was published in Dutch last month, and will be available in English shortly.